“Woman in Black” a Radcliffe step in the right direction 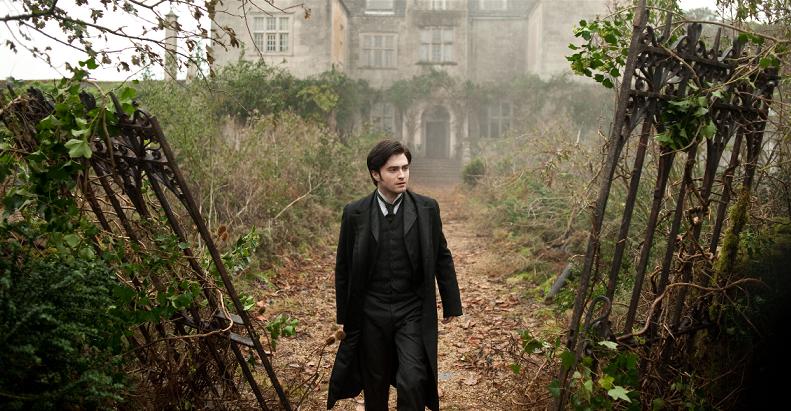 Daniel Radcliffe stars the haunting thriller the Woman in Black.

Before I saw “The Woman in Black” starring Daniel Radcliffe, I was referring to it as Harry Potter 8.

Although there is a train reminiscent of the Hogwarts Express in “The Woman in Black”, the similarities end there.

Gone along with the forehead lightning bolt is the angsty teen we are used to Radcliffe portraying. His character, Arthur Kipps, is a young lawyer in turn-of-the twentieth century London. He lives under a black cloud of sadness since his wife died in child birth. He is a miserable man, even his four-year-old son notices how he never smiles.

Radcliffe has matured for this role, though he doesn’t try to play an older man. His character comes across as a young man with a great load on his shoulders.

Left alone and providing for his little boy, Arthur Kipps is forced to take a job he’d rather run away from as the cobwebby Victorian essence overwhelms him. He becomes determined to break through all barriers and go on even if it means dealing with dead people and their curses.

The actors and costumes are gritty and authentic. The sets look real, eerie and cold. Fog permeates the film and chilled my bones.

The supporting cast is believable, especially Janet McTeer, the actress who played mother-gone-mad, Mrs. Daily. Her eyes conveyed the sadness of the loss she had endured and in a breath she became possessed with the spirit of her lost son. I believed she could be channeling a ghost.

The television promos said not to see “The Woman in Black” alone and I did appreciate having my husband’s leg available to squeeze when the music got dark and foreboding. I admit to having goose bumps at least twice during the movie. I also nearly jumped out of my seat no fewer than six times, though the high school kids screaming behind me surely intensified my reactions.

Radcliffe may have successfully taken a step away from his popular child character, but the plot of “The Woman in Black” was thin. It wasn’t a great movie. It was more like a really good haunted house where scary black ravens fly out out at you and make you jump.

I didn’t understand why the whole town was affected by the curse. I understood how his career hinged on the success of his assignment, but with the strange way the town was behaving towards him from the minute he disembarked the train, Kipps should have gone home to his son straight away.

If you are a Daniel Radcliffe fan, definitely go see this movie. If you find Victorian clapping monkeys and glassy-eyed dolls completely freaky like I do, and you enjoy the eek factor of a haunted house, you should go see this movie.

If you’d rather enjoy the pleasant visual appeal of a dark movie through your television, you can wait for “The Woman in Black” to go to Red Box. Besides the big sound and the big screen, the only thing you’ll be missing is the gaggle of screaming teens in the row behind you.