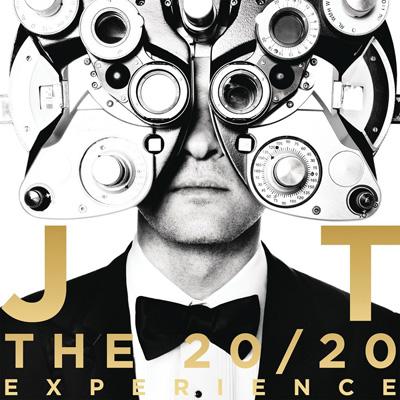 Justin Timberlake has come a long way in his career, graduating from his former boy-band ‘N Sync ten years ago to launching his own solo studio albums and even taking a shot as an actor. He has now moved on to releasing his new album, a coalition of pop, R&B and soul that he titled “The 20/20 Experience”.

Timberlake had to come out with fresh and unique beats, mixes and lyrics to top his last album “FutureSex/LoveSounds,” which was released in 2006, and is ranked number 1,118 in one of the overall greatest album charts on the best ever albums website.

“The 20/20 Experience” contains 10 tracks that are unnecessarily overextended as they generally last about six to eight minutes. The feel of the music offers a typical R&B genre, but ranges all the way from a red-carpet string in the opening song “Pusher Love Girl” to a more tribal jungle beat in “Don’t Hold the Wall.”

The first track “Pusher Love Girl” is one of my favorite songs of the album. The upbeat vibe that carries on throughout the song leaves me feeling light-hearted and the style reminds me somewhat of Michael Jackson’s material. The lyrics “You’re my little pusher love girl” are a very cute and unique hook and made me want to listen to more of the album right off the bat.

“Suit and Tie” is a catchy, hot single that has been dominating several radio stations. This track offers an old school feeling, beginning with horns that set the tone of the song, and switching over to a laid-back groove that makes me want to snap my fingers along to the beat.

Jay-Z’s appearance about two-thirds way into the song provides a unique twist, changing the genre of the song from a soulful motown R&B to an edgier rap.

The third track into the album “Don’t Hold the Wall” makes an abrupt flip-flop with its jungle bump beat and animalistic sounds in the background, straying far from the easy-going harmonization of the previous songs. Timbaland chants in the background “Dance…don’t hold the wall”, providing an edgy hook to the song.

“Strawberry Bubblegum” isn’t any better than the silly name of it. This song is more for the crazed teenage girls who go nuts for love songs, and Timberlake adds that sense of charm to it that would leave them screaming “I love you!”

Timberlake makes a good comeback after “Strawberry Bubblegum” with his much better love song “Tunnel Vision.” His lyrics “I got that tunnel vision for you” set a more mature tone for the album. He maintains a beautiful tone throughout the entire song, making it one of my favorite tracks of the album.

“Spaceship Coupe” and “That Girl” make the love songs grow old fast throughout the album and include cheesy metaphors about aliens and what-not. These tracks could have easily been left out or altered, making the listeners not all worn-out from love song after love song.

Towards the end of the album, “Let the Groove Get In”  and “Mirrors” lasted way too long, making the hooks of the song more and more obsolete as they went on.

“Blue Ocean Floor” is a beautiful and rather hypnotic ending to the album, and Timberlake’s creative side really shows through.

Overall, Timberlake’s “The 20/20 Experience” creates a fresh style that shows through in about half of the songs, but then falls short in the other half. His new style is creative and enjoyable, but I would like to hear less cliche love songs and more unique tracks like “Suit and Tie”, “Don’t Hold the Wall” and “Pusher Love Girl.”