‘Percy Jackson,’ the one quest wonder 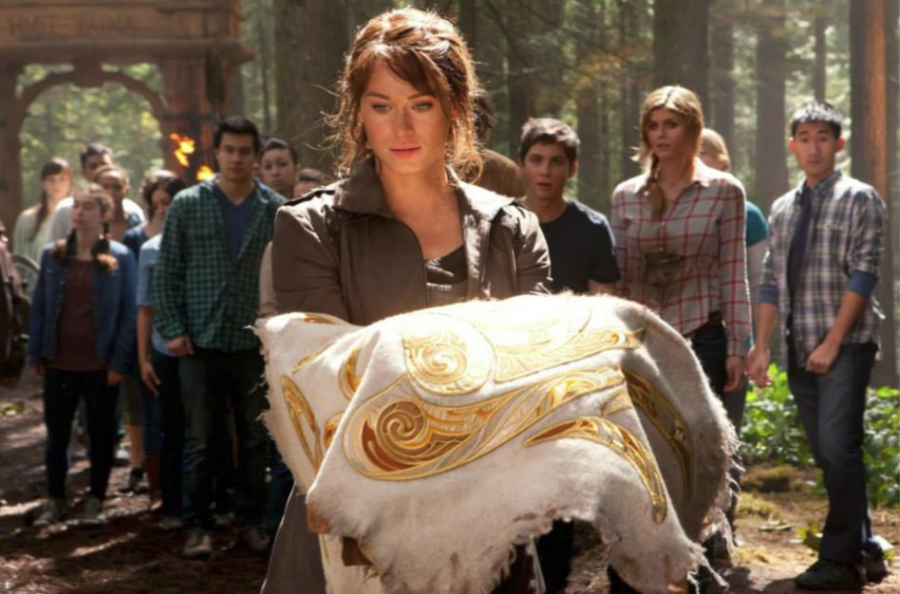 Clarisse, daughter of Ares, returns to camp with the Golden Fleece along with Percy and Annabeth. The camp surrounds them, awestruck at the proof of their dangerous quest being completed.

Being a demigod and the son of Poseidon isn’t exactly all it’s cracked up to be. “With great power comes great responsibility,” right? Being the offspring of an Olympian god would seem like something to brag to your friends about, but conversing with the ocean in a one-sided conversation isn’t something you’d quickly even tell your BFF.

Based on the popular novels by Rick Riordan, in “Percy Jackson: Sea of Monsters” we find out that Percy (Logan Lerman) could have gotten worse when it comes to having any god for a parent. Accompanied by the daughter of Athena, Annabeth (Alexandra Daddario) and the satyr Grover (Brandon T. Jackson), we quickly feel right at home with the heroines of the first Percy Jackson film.

The movie begins with a little background information on Camp Half-Blood; the magical barrier that protects the camp has weakened causing there to be attacks on the demigod sanctuary.  The introduction of the well thought out mythologically referenced characters along with the story made it easy to get and remain engaged in the beginning.

These events send the clan on a mission to the Bermuda Triangle, Sea of Monsters, where they must find the Golden Fleece before Luke (the villain from the first movie and son of the messenger god Hermes portrayed by Jake Abel) uses it in his second attempt to bring ruin to Olympus.

It doesn’t help that Percy’s self-esteem this time around is a little on the low side. From being picked on by demigoddess’ like Clarisse (Levin Rambin) who have obviously taken the place as top camp Half-Blood, as one would expect from a daughter of Aries. It was quite hard to attach myself to Percy as a hero this time around.

He wasn’t even a primary choice when teams were selected for the quest at hand, referring to himself at one point as “The one-quest wonder.” By this point I’d already stopped feeling sorry for Percy’s “daddy issues” and wanted the story to have progressed past that.

With creatures like the Gray Sisters, who are really the only comedic relief besides the satyr, it’s not the characters that are lacking, it’s the action, which is pretty basic and almost annoyingly predictable.

Sadly, above average acting isn’t enough to mask the lack of action in what one would come to expect from any fantasy submerged in Greek mythology.

With the poor animation of creatures like the Charybdis and Poseidon-sent Hippocampi, it was hard for me to see the movie as anything more than a juvenile and inadequate version of one of the ‘Harry Potter’ films. Although I wouldn’t allow Percy the same claim to fame as “the boy who lived.”