Former CRC student now an economics professor at the college 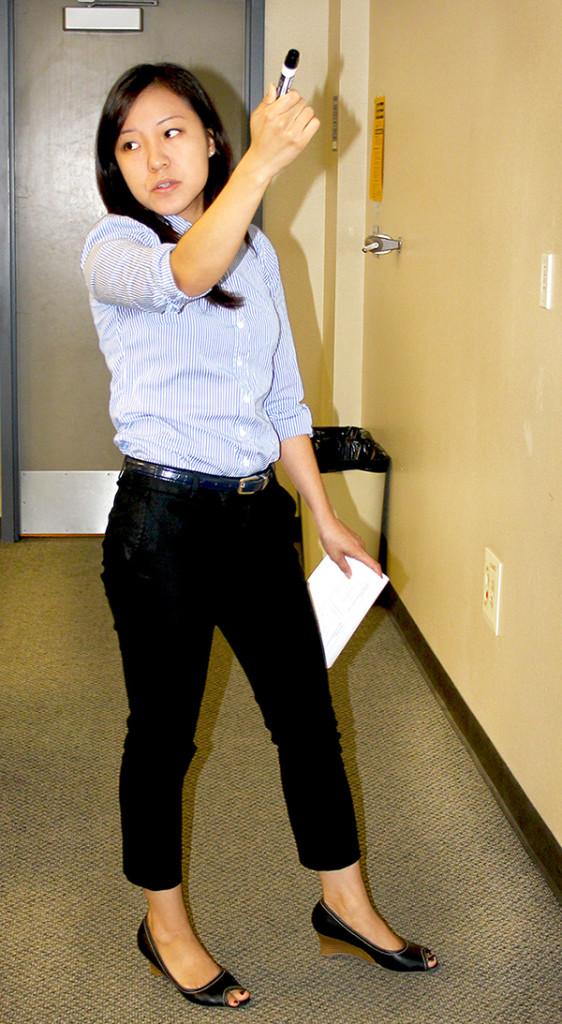 Starting a new position can sometimes be intimidating; becoming familiar with your surroundings, co-workers and managers in addition to performing your duties are a must.

Newly hired economics professor Amy Leung has a leg up on others that might be new to Cosumnes River College, she was once a student on this campus.

As a former student, Leung knows how difficult it can be to juggle all of life’s demands.

“Many times throughout my years in school it was a struggle, I was working two jobs while I was going to school full time, in my journey to help my students, because I was a former student, I can try to put myself in their shoes,” Leung said.

Education is important to Leung, and she knew she wanted to be a part of the educational system since she was an undergraduate.

“Education has always been a passion for me,” Leung said. “I wanted to teach pretty much since I was in college.”

“Amy brings with her a historical perspective of being a student here that I suspect will be well received by students at CRC,” said economics professor Dr. Edwin Fagin via email.

Leung is teaching five classes this semester, covering the principles of macroeconomics and  microeconomics. Many students in one of her microeconomics class share Fagin’s sentiments.

“She understands what we go through as a student,” said Sharoya Jones, 21, a business administration major. “She made it known that it’s possible to move on from a [junior college] to better things, like UC Berkeley.”

The passion and enthusiasm Leung has for CRC rings through when discussing our campus and those sentiments began to form when she was a student here.

“I don’t think I’ve ever taken a bad class here, those are sincere words,” Leung said. “Every class that I’ve taken at CRC has been positive.”

Leung has continued to provide positive experiences for her students.

Being able to work in a positive environment while participating in the growth of her students is important to Leung.

“It’s home to me, there’s a familial component to it, that’s what I enjoy about it,” Leung said. “I’m thrilled to be here.”