Marvel’s newest movie opens the world of Asgard and beyond 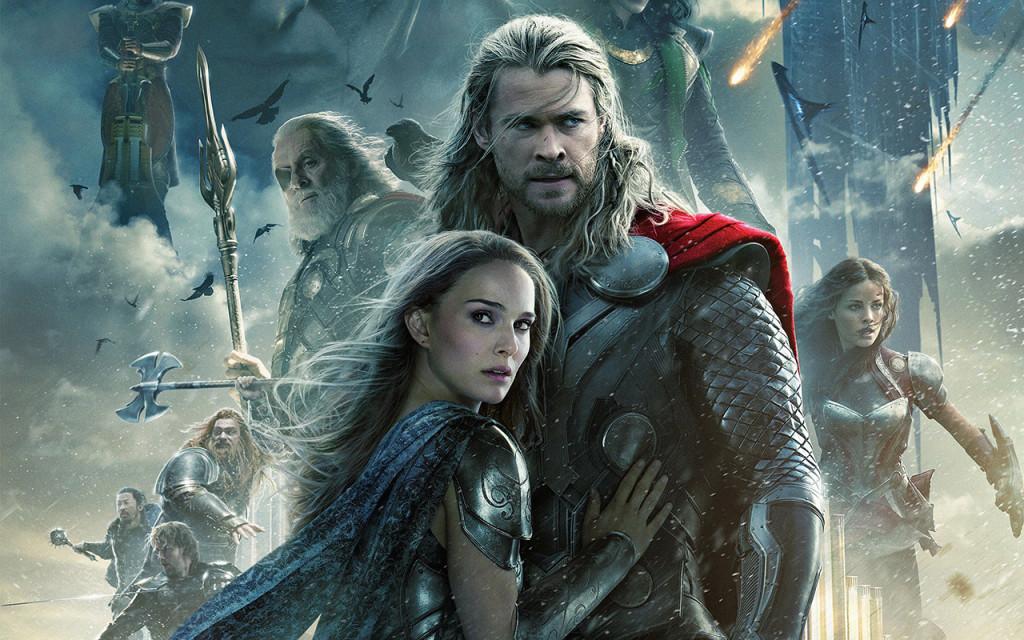 It’s November and the eighth entry to the Marvel Cinematic Universe franchise, “Thor: The Dark World,” hammered its way into theaters on Nov. 8.

2012’s “Marvel’s The Avengers.” Chris Hemsworth (“Rush”) reprised his role as the titular character Thor. Natalie Portman (“Black Swan”) returned as Jane Foster, Anthony Hopkins (“Hitchcock”) returned as Odin and Tom Hiddleston (“War Horse”) returned as Loki. The movie had a new villain this time around in the name of Malekith, played Christopher Eccleston (“GI Joe: The Rise of Cobra”).

The movie’s storyline picks up right where “The Avengers” left off, with Loki being locked in a dungeon and Thor trying to restore order to the nine realms at the command of his father Odin. Back on Earth, Foster and her intern Darcy encounter some wormholes to other realms. Foster ended up getting possessed with some weird power and sucked into Asgard.

The movie had great special effects and fun action sequences. For example, one scene in particular was when Thor and Malekith were fighting and went through the wormholes and it changed settings from Asgard to Earth and back again. The movie took place both on Earth, particularly in England, and in Asgard. There were sequences when it switched from one world to the other.

Hemsworth played the role of Thor well yet again, and in “The Avengers.” He has a good screen presence, but the standout performance in this movie was Hiddleston’s role as Loki.

Like in the aforementioned films, Loki had a dark presence about him, but there were also moments of humor with his character.

Speaking of which, this movie had a lot of jokes cracked here and there, adding a touch of comedy to this film, making this movie not be as dark as the trailers made it to be, but not too light-hearted either.

One funny moment in particular involved Loki walking with Thor, and Loki used his shapeshifting abilities to suggest who he could pose as, including a small cameo from Chris Evans as Captain America.

This movie was better than the first film as it took place more on Asgard and it got viewers to see Thor in action in his own world for the most part, as opposed to the first, which mostly took place on Earth.

Overall, the movie was very enjoyable, but it was not without flaws either. There were a few characters that were a little unnecessary but you could probably look past them.

The movie is definitely recommended to action fans as well as comic book fans.