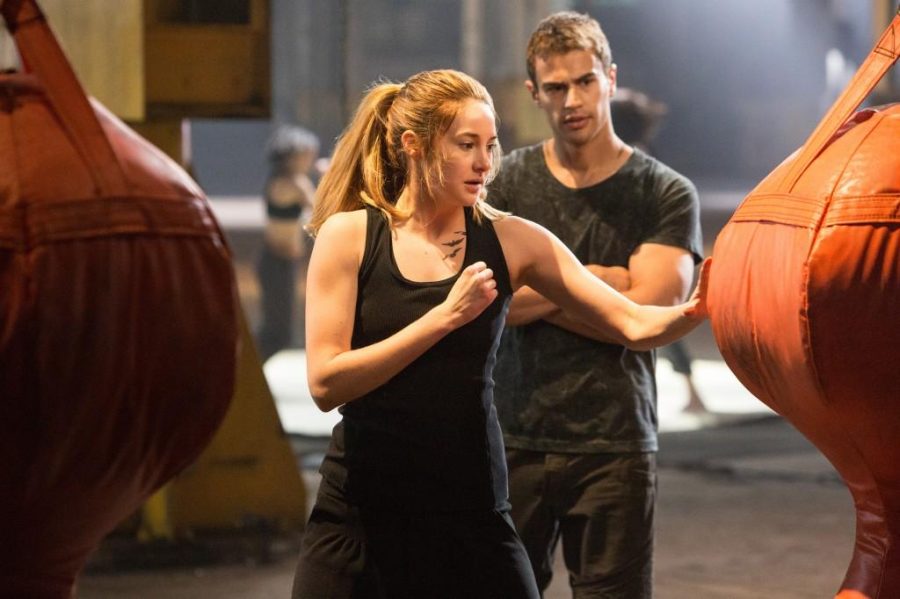 Following in the footsteps of “Harry Potter” and “The Hunger Games” another highly popular young adult book hit theaters. “Divergent,” the first in a trilogy of novels, made its debut on March 21.

Just like “Hunger Games,” “Divergent” takes place in a world that has been devastated long ago by war, where a new system has risen to try and bring stability and peace to the world.

That is where the similarities between the two franchises end, besides the requisite love stories that come with most stories and movies.

“Divergent,” like most post-apocalyptic world stories, is not built upon the interest being in the world as we know it having ended. It’s about the characters and the political and societal issues that are brought to the surface through whatever society the creator paints for this new world.

Hundreds of years after a war that ravaged much of the country, in the city of Chicago there are five factions that people are placed into in order to bring peace, or so the leaders say.

The groups include Amity, the happy and simple peaceful farming class; Erudite, the intelligent and logical science minded class; Candor, the blunt and honest justice system class; Dauntless, the daring and brave class that police and protect the society; and Abnegation, the selfless faction who runs the government and the faction which the main character belongs at the films beginning.

Once citizens turn 16, they are put through a test that will determine which faction they should belong to, and they go to a ceremony where they can then choose the faction they want.

Once you choose a faction, that is the group you are part of for life, and all other ties from the past are left behind. The only other choice is to become part of the Factionless, the wandering masses without a faction.

The major theme of the film through is one of control. Beatrice, played by Shailene Woodley (“The Secret Life of the American Teenager”), reaches the appropriate age for the test, which sets up the future conflict in the movie because her results show that she is a divergent, meaning someone that doesn’t just fit into one faction.

Choosing Dauntless, Beatrice, shortened to Tris, leaves her family and the world she knows behind, which briefly turns the movie into a story of the hardcore training she and others must endure.

Like other popular young adult books that are turned into movies, “Divergent” sets up the drama and action that drives the story into future installments of the trilogy, focusing on the character interactions and strength.

While the romance between Tris and Dauntless member Tobias “Four” Eaton (Theo James, “Underworld: Awakening”) seems almost too forced and pre-ordained, the personal battle that Tris has trying to prove her strength and the one to save those she cares about when the system begins to exert too much control are very well done.

Miles Teller, Jai Courtney and Zoe Kravitz round out a cast of newer actors with Ashley Judd, Mekhi Phifer, Maggie Q and Kate Winslet as the seasoned veterans of screen.

“Divergent” is a strong opening act for the rest of the trilogy that will be coming to the silver screen soon. Having not read the series before hand wasn’t a deterrent to enjoying the film as the story is a compelling one.