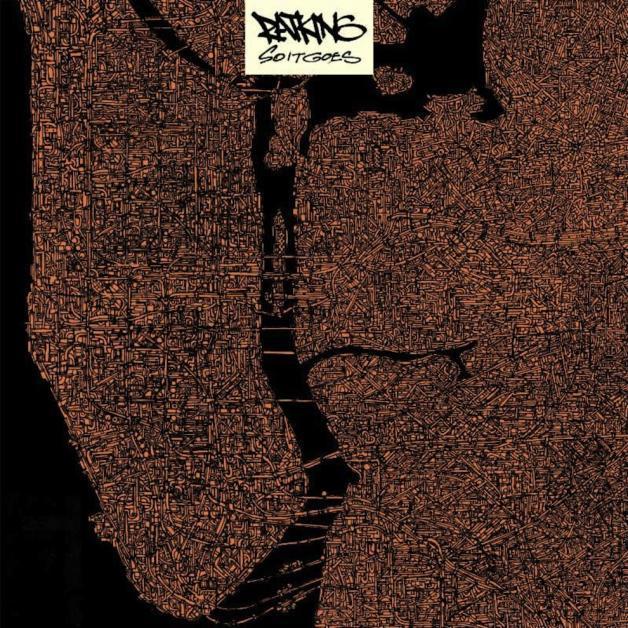 From the first minute of the first track, the hip-hop group Ratking lets the listener know their debut album “So It Goes” is a unique piece of work.

The opening track, “*,” sets a tone for the entire album when Ratking distances themselves from hip-hop that’s come before them and their contemporaries. The group says, “Like the average rappers right now, you know, it’s a whole different generation. You really can’t compare no more. If your life experience is different it’s going to come out differently.”

All of the album’s 11 tracks maintain the theme of Ratking’s experiences living in inner-city New York; a theme so prevalent on the album it carries onto the cover, which features an overview of New York.

The city’s diversity is cleverly reflected by Ratking on the track “Puerto Rican Judo,” the title acknowledging the multicultural population of the area while the track’s beat incorporates a Latin influence.

Other songs, such as “Snow Beach,” contain a jazz influence on the beat that is reminiscent of past New York hip-hop acts of the ’90s.

Each song on the album combines to create a relentless piece of work, not only in terms of beats but in lyrics, mirroring the city of Ratking’s origins.

Ratking delivers their lyrics in a rapid flow of conscious style that draws the listener in, the best example of this being the song “Snow Beach.” On the rare occasion when this style doesn’t connect, such as on the title track “So It Goes,” the album unfortunately loses the listener’s attention. This disconnect comes from lines that don’t seem to have any relation to a previous line, resulting in what feels like an underdeveloped track.

Unlike many other rappers, Ratking doesn’t engage in a great deal of introspection, except on the track “Eat,” instead positioning the album as an observation of the city they grew up in. Such observations include the track “Remove Ya” where they lament on the racial profiling of minorities in the city. Ratking also avoids burdening their songs with gratuitous choruses. Instead, they utilize quick choruses that feel more like mantras.

The album’s last track is “Take” where Ratking encapsulates their unforgiving lives in inner-city New York. They further punctuate the nature of their city on “Take” with a brief barrage of expletives in contrast to the rest of the album. The latter half of the track maintains its unforgiving tone with the motto “day’s work for day’s pay.” “Take” is the most creative song on the album, ending it on a high note.

“So It Goes” is a strong debut album for Ratking, with only a few tracks that are light on lyrical content, and establishes a strong foundation for the group’s future success.