‘Oculus’ provides more laughs than it does horror 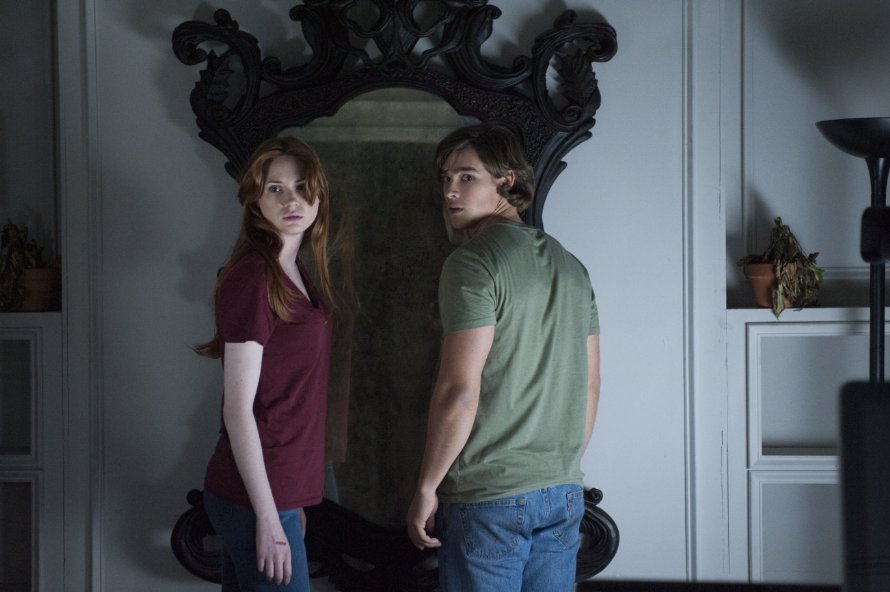 Kaylie (Karen Gillan) and her brother Tim (Brenton Thwaites) attempt to destroy the mirror that tormented their childhoods and possessed their father to murder their mother.

An ancient mirror that has been passed around through the centuries, leaving a trail of bodies everywhere it goes, has taken hold of a small American family, and in the present day, the brother and sister seek to destroy its evil once and for all.

Sounds like a pretty cool movie idea, right? Something that should be full of really great twists and turns and has people leaping out of their seats in fear.

Sadly, the newest offering to the altar of horror movies leaves the audience really wanting when it comes to the horror. “Oculus,” a reboot of sorts of an earlier project of the director that had the same name, offered cheap thrills and chills that mostly came from the “gotcha” moments, like something popping out of the shadows only to vanish.

There was nothing that was really complex when it came to the horror in the movie’s plot. Surprisingly enough, while the plot was almost not there in many cases, the way the film was put together was well done.

The director, Mike Flanagan, who also wrote the screenplay, and crew crafted together a story where the past, when the family was under attack by the mirror, and the present, where the siblings are trying to finish it, are seamlessly blended where, you’re not sure if you are seeing the past or the present with the way they come together.

Most of the movie therefore is told in flashbacks of how the idyllic family was torn apart by the evil machinations of the mirror, slowly descending both parents into madness.

In the present, the main character Kaylie, played by Karen Gillan of “Doctor Who,” wants to destroy the mirror to exonerate her brother Tim (Brenton Thwaites) and their deceased father Alan (Rory Cochrane) of their past crimes by proving that the mirror caused all the problems.

The movie provides scenes of characters driven mad, blood and trippy moments where the characters and the audience cannot tell what is real and what is not, as well as plenty of moments of characters peering into darkness as they put themselves at risk, but it’s not enough to really bring any true moments of jumping like many horror movies.

Many of the moments that are supposed to scare or be really serious to the characters are laughable. In viewing of the movie, there were many moments where the entire audience in the theater was laughing at something that, no doubt, the director thought was a serious moment.

Overall, “Oculus” isn’t a bad movie per say. It has many things going for it like the acting of Cochrane as the father, Alan, and the acting for the child actors portraying a young Kaylie and Tim.

When it comes to this movie, there was no worries of jumping out of the seat to be teased by friends for jumping. The funny bone got more of a workout than the leg muscles.

Not worth the full price ticket, maybe not even matinee or early bird prices, but worth a look on Netflix or Red Box.