Newest Spider-Man entry does everything a spider can and more 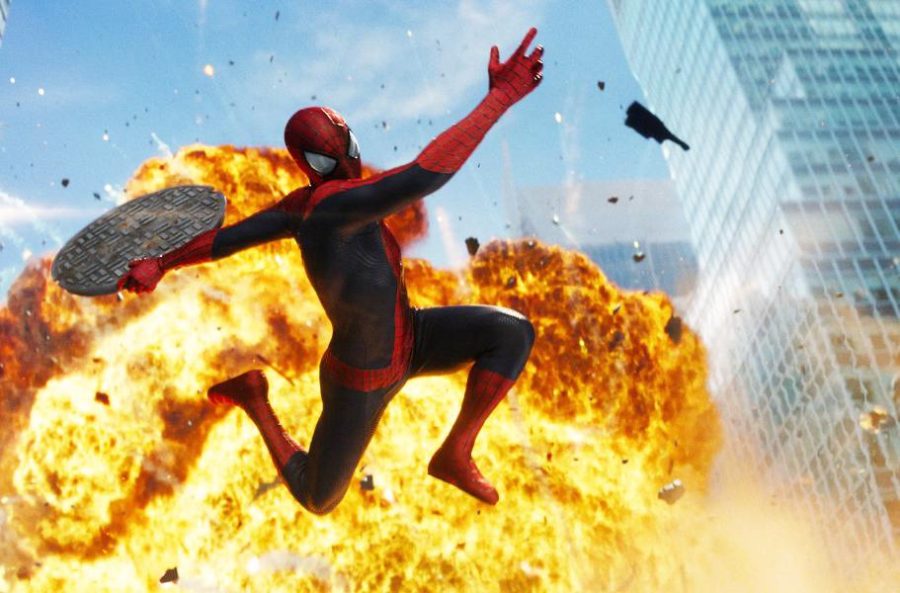 The adjective “amazing” has been closely related to the Marvel Comics character Spider-Man since his debut in the 60s in the fifteenth issue of the about to be canceled comic “Amazing Fantasy,” and into his own solo series afterwards titled “The Amazing Spider-Man”. So, it’s fitting that that adjective is not only in the title of the characters latest cinematic endeavor, but perfectly encapsulates the movie as a whole.

With the story of his origin out of the way in the first film, the arachnid themed hero is able to jump right into a world of crime-fighting and must juggle that with the life he has to live as Peter Parker.

While there was an entire trilogy before, helmed by “Evil Dead” director Sam Raimi and starring the ever moping Toby Maguire as Spider-Man, the new franchise almost makes you forget that trilogy ever existed. I say that as someone that was a fan up until the ill-advised and poorly conceived third film in that previous franchise.

Opposed to the moping Maguire, Andrew Garfield truly is Peter Parker and Spider-Man. He is able to not only handle the poor luck that Peter seems to have, but is able to banter with the best of them once the costume is on.

Fans of the source material know that Spider-Man has quite a mouth on him and can’t miss a chance to tell jokes, sometimes really corny and bad ones, as he fights off whatever villain crosses his path on any given day.

Garfield might steal the show as Peter, but he’s not alone as it’s the chemistry between Garfield and Emma Stone, his real-life girlfriend, as movie love interest Gwen Stacy that sells most of the movie. Unlike most relationships in movies where it feels like it’s a Hollywood relationship, the one between Peter and Gwen feels real with the ups and downs.

One can’t review a super-hero movie without diving into the action, which is going to come from the villains that the hero is pitted against.

In the first movie, Rhys as the Lizard felt really off at times, sort of forced and not all that much of a threat. The evil plot to thwart was him turning New York City into lizards, which could be a problem, but isn’t really up to most villain standards.

Enter Jamie Foxx as the electrifying every-man-turned-villain Electro, that’s a lot of “e’s” there.

It would be a disservice to the actor’s portrayal to not speak about a theme that runs through the movie, before delving into the villains.

Through the whole movie there is an overall theme, one that has sort of has three prongs to it. There is the major one of loss, and much of the movie focuses on the losses that many characters have to deal with in the past and present, followed by power and the sense of being unwanted.

Peter, Electro and Harry Osborn, eventually taking up the second villain slot as the Green Goblin, embody all three of these areas throughout the entire movie. Even Gwen and Aunt May become embodiments of these themes as they deal with them in their own ways.

It’s through playing with those areas and emotions that Electro works as a villain. Max Dillon starts off as a man that no one notices, the type of person that is easy to write off and forget.

Only once he gets power through an accident does that suddenly turn around, and what was truly inside him begins to show its face. The power we have over others through what we do becomes something he can wield at last.

Action and character make the movie what it is, but the music and effects always come into play as well, as they should in a visual and auditory medium. Hans Zimmer, a well-renowned composer who provided music to other superhero epics such as “The Man of Steel” and the “Dark Knight” trilogy, teamed up with Pharrell Williams and others to bring the world of Spider-Man alive musically.

All said and done, “The Amazing Spider-Man 2” is a worthy sequel that takes the new franchise to even newer heights. While it’s clear that the studio is setting up more from the franchise in light of the success that Marvel Studios is having in an expanded universe, none of that takes away from the movie.

So just like the title hero, take a leap, dive in and watch the next great superhero movie to hit screens in 2014. It’s worth the ride.