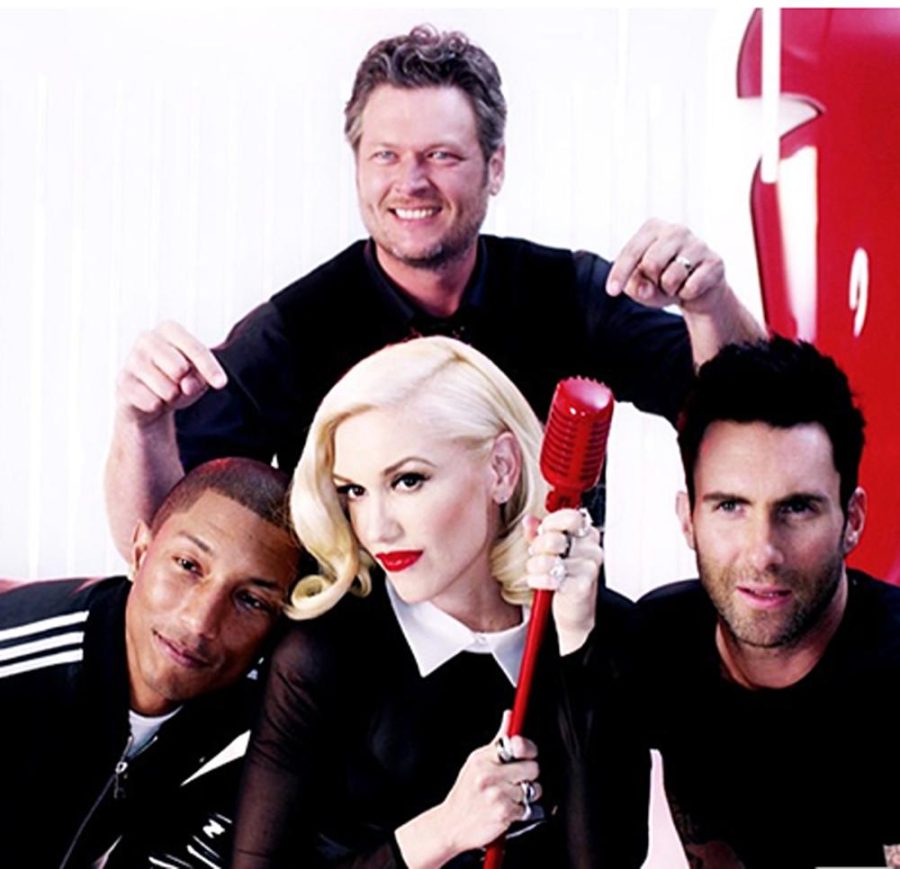 Season seven of NBC’s The Voice premiered on Sept. 22 with two new coaches on the panel of four, and they did not disappoint.

Maroon 5 lead singer Adam Levine and country sensation Blake Shelton took their positions in their oversized red chairs and prepared to go to war with award winning singer and producer Pharrell Williams and No Doubt frontwoman Gwen Stefani for the best singers.

With a rotating door of coaches including Christina Aguilera, CeeLo Green, Usher and Shakira, Stefani and Williams tried their luck at the singing competition for the first time.

Each coach has their own strategy when it comes to luring performers to their team.

Stefani on the other hand took a hands on approach, even taking the stage at one point to demonstrate her coaching abilities.

With a slew of reality singing competitions on television, it is hard for any of them to stand out, however The Voice always has.

Throughout its six previous seasons, the show has never ceased to bring the laughs or talent.

The best part? The coaches are always relevant to the music scene and viewers don’t have to sit through all of the overly produced drama most other shows bring.

They never try and overshadow the show’s talent and the viewers get to enjoy the coaches’ organic chemistry with each other.

Season seven is bringing everything viewers love back with the addition of Stefani and Williams.

While Levine and Shelton have had six unforgettable seasons to bond, Williams and Stefani are not strangers to each other.

The duo have worked together for years, Williams even produced songs on her first solo album in 2004 and last night referred to Stefani as his “boo.”

All of the coaches’ friendships go far beyond just the show, making them the perfect team to train new artists.

In the show’s history, the coaches usually get fired up, but both Stefani and Williams have relaxed demeanors that they hardly broke on Monday’s premiere.

Being that it was only the first episode, maybe they are just getting warmed up.

Even if that is the style that they stick with it will not hurt the show, the diverse coaches panel makes for interesting TV.

The contestants brought the talent as well, making the crowd move and shake throughout the broadcast.

The one thing missing from the show thus far is its ability to produce a big star.

While winners and finalists of the show have had some success after the finale, they have yet to find a award winning star like comparable shows have.

Perhaps this season’s star power will prove strong enough to coach an artist that transcends the show.