Crime, death and corruption highlight Fox’s new take on the world of Batman 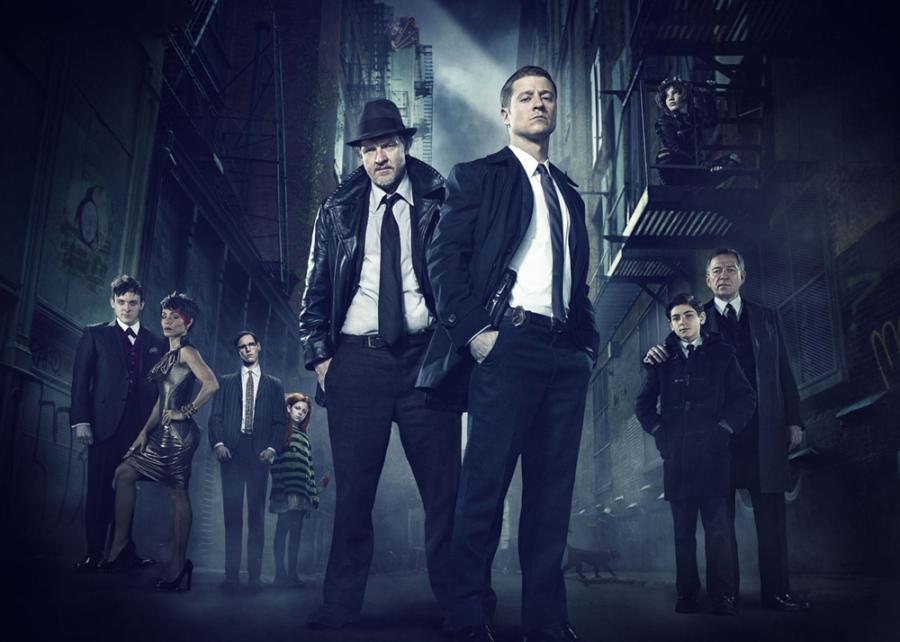 There is no denying the popularity and top spot in pop culture that Batman holds, with eight movies and various animated and live action shows under his utility belt throughout  the years. There are few comic characters that hold that much sway outside of their native comic books.

The question however, is can a show set in Batman’s world do well without Batman in it?

The best forgotten WB show “Birds of Prey” from the early 2000’s tried and failed to answer the question. Now it’s time for the Warner Bros. produced and Fox distributed show “Gotham” to give it a go.

Debuting on Sept. 22, “Gotham” tells the story of Detective James “Jim” Gordon, long before he was commissioner, as he returns to Gotham and is confronted by numerous colorful characters.

“Gotham” is an origin story in a sense, telling the story of how Gotham City became the dark place it is.

While Batman is no where to be found in this story, Bruce Wayne is there. A young Bruce Wayne that is.

Yes, “Gotham” starts off with the iconic death scene of Thomas and Martha Wayne, two characters that have been depicted dying so many times in various shows and movies and games that it would be hard to find someone that isn’t familiar with their deaths, that sets the now orphaned Bruce up for the path that eventually leads to the cape and cowl.

Gordon, played by Ben McKenzie (“The O.C.”, “Southland”), is a former soldier and former resident of Gotham City who has recently returned and joined the force as a detective. Right away he’s put up against the dark corruption that has taken hold of the city as he investigates the murder of the Waynes with his belligerent, crooked and drunk partner Harvey Bullock, played by Donal Logue (“Copper”, “Sons of Anarchy”).

There are a lot of elements and characters familiar to fans of Batman’s world, various  rogues and the crime bosses that are common to the countless shows and comic books, but they are weaved in a way that doesn’t overload the viewer.

Through the pilot episode the viewers are taken on a journey that shows just how corrupt the city is and places Gordon at a crossroads that decides his path going forward. Where this journey will take him, and who he’s going to have to confront along the way, is definitely enough to draw viewers back.

The entire story was just deep and dark enough to keep coming back too. There is also quite a bit of character nuance that could very well intrigue viewers.

No one portrayed is fully bad for the sake of being bad. Their actions are motivated for various reasons including believing that one is doing what is best to save the city, to protect others, and even to protect themselves from the wrath of the city.

Characters like Jada Pinkett Smith’s Fish Mooney or Robin Lord Taylor’s Oswald Cobblepot are harder to pin down, as seemingly their motivations are based upon greed and a desire to be at the top of the crime heap. Either way, it will be worth watching to see just what they want in the end and how they’ll continue to cross Gordon’s path.

It may not end up living up to previous depictions of Gotham and it’s characters in the eyes of many, but it’s a new and different look that leaves out the vigilante that usually swoops in to save the day.

I for one am more than ready for the ride to continue.