Netflix adds ‘Friends’ and other programs to streaming offerings for January 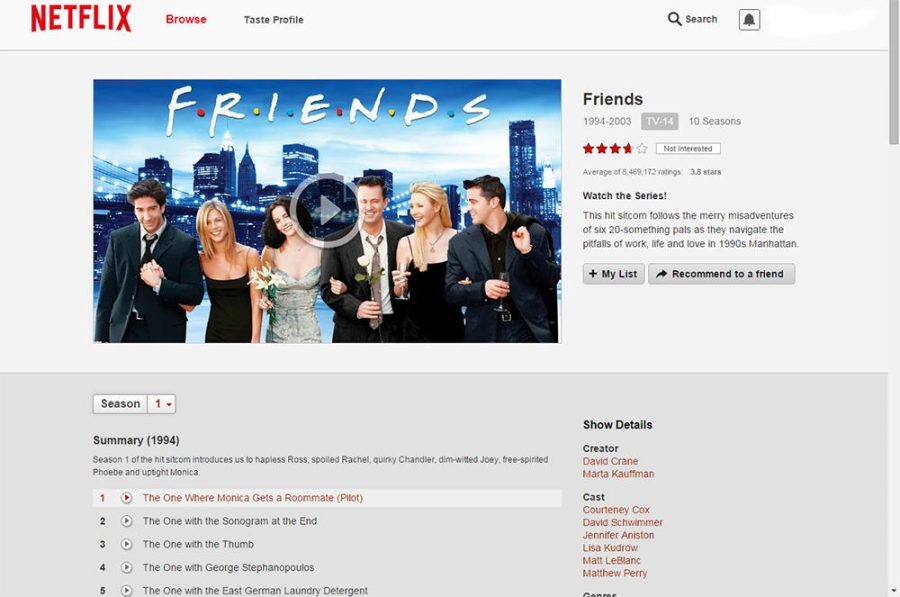 The holidays are over but the days are still cold and the spectre of spring semester lurks around the corner, giving just enough time to fire up the television or smart device, curl up with the hot beverage of choice and catch up with some old friends. That’s right, the 90’s sitcom sensation, starring the fan-favorite pals everyone wished they had, “Friends” is streaming through Netflix as of the first of this year.

Monica, Chandler, Ross, Phoebe, Rachel and Joey are available to bring comfort and laughter all the time now through the streaming giant, but they didn’t come alone. Per usual with the coming of a new month, a whole new cycle of movies and shows have popped up ready to hop on your Netflix queue. Check out what offerings might just be the solution to passing by the remaining hours of winter break.

Will you be checking out any of these Netflix offerings over break, or are there other shows or movies streaming that have caught your attention? Share your comments below or on our Facebook page, www.facebook.com/theconnection, and get the conversation going.