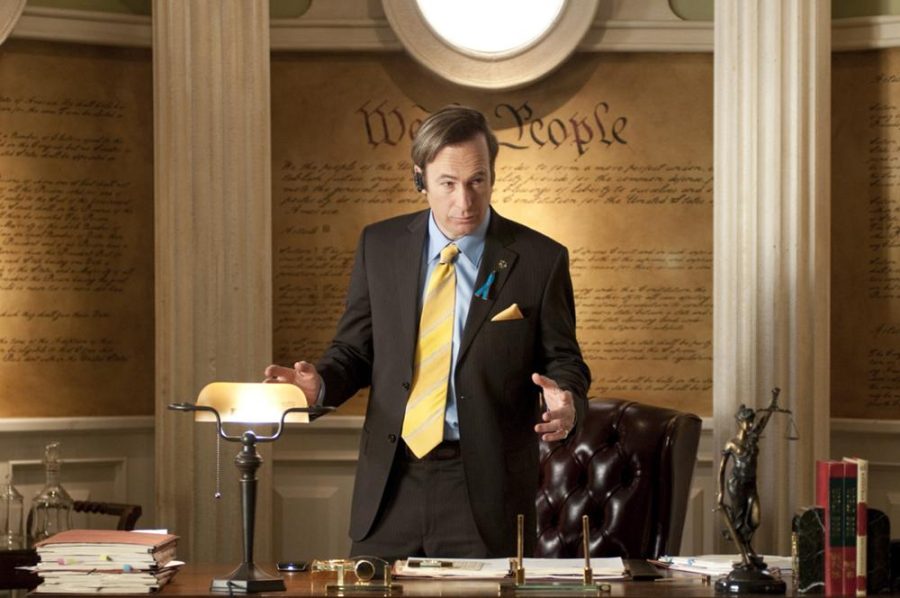 Bob Odenkirk reprises his role of Saul Goodman from AMC's award-winning series "Breaking Bad" in the network's newest series "Better Call Saul," which is a prequel and sequel to the former series.

Vince Gilligan, the brilliant director behind the critically acclaimed phenomenon “Breaking Bad,” has done it again.  Gilligan’s newest project “Better Call Saul” impresses at every turn with each episode and never fails to live up to its predecessor.

The story follows James McGill as he makes his transformation from an honest and hardworking lawyer to the Saul Goodman that we all know and love.  The series is a spin-off, prequel and a sequel to Breaking Bad, all at the same time.

It is set seven years before Goodman’s first encounter with Walter White, Bryan Cranston’s character from Breaking Bad, and explores events during and after the original series.

Bob Odenkirk takes control of the show as McGill and proves he has what it takes to hold an audience just as well as Cranston. His character is so full of intrigue and depth that it’s near impossible to not want more after each episode, and that is a great thing.

Fans of “Breaking Bad” will have plenty of cameos from characters to make them feel right at home.  Jonathan Banks and Raymond Cruz, Mike Ehrmantraut and Tuco Salamanca respectively, have already appeared in the show to reprise their roles and keep an interwoven story element strong.

As a television drama, the show delivers on all the major selling points. After only a few episodes I’m already feeling emotionally committed to the characters.  Gilligan makes fantastic use of his cast through clever dialogue and manages to tell a story that never leaves you unsatisfied.

Gilligan is a master of showcasing the inner psyche of McGill. The younger lawyer grapples with morality testing decisions that only add to our understanding of his actions leading into “Breaking Bad.”

Even those that have never actually committed to watching the show’s predecessor will find that “Better Call Saul” is still worth their time and they won’t be left behind at all. The story starts fresh, so watching “Breaking Bad” isn’t required to dive into the new show.

There is a lot of pressure on this show to deliver greatness and so far it has more than lived up to expectations.  “Better Call Saul” is fantastic in its own right.

The character of Jimmy McGill is just as complex as Walter White and for any fan of the original series; it’s nothing short of a delight to see.

“Better Call Saul” airs on AMC Mondays at 10 p.m., but episodes can also be viewed on Amazon or through AMC’s website for seven days after they first air.