Dean uses diversity of life experiences to guide his leadership 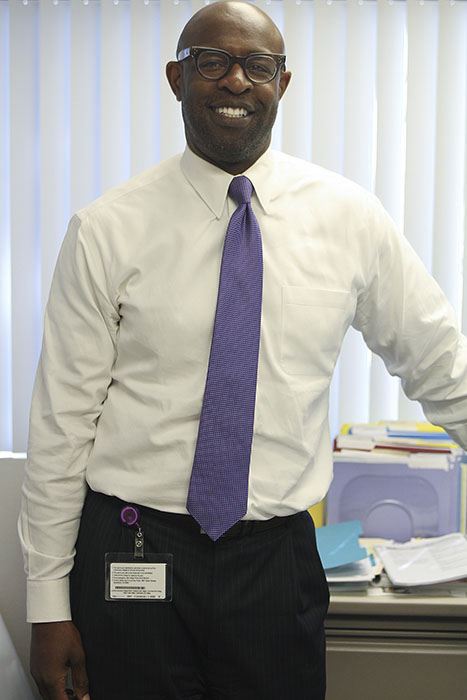 Cosumnes River College prides itself on diversity in its students, classes and faculty which is why making Brian Bedford the new dean of business and family science was a fitting choice.

Much of Bedford’s diversity comes from his the array of experiences that include being the first full-time quarterback for the University of California, Berkeley, owning a Color Me Mine in Elk Grove, working for Intel and making his way into teaching. After Berkeley, Bedford was drafted into the NFL and even spent time in the Canadian Football League later in his career.

Bedford’s diversity is even visible in his personality.

“He’s just very enthusiastic, energetic, a great communicator, very personable and something you might not have seen is he’s a very strategic thinker,” said Associate Vice President of Instruction Jamie Nye. “I appreciate that he likes to think through and talk through potential issues with me.”

Bedford said his methods and actions are highly influenced by his former experience with sports.

“Having that [football] schedule then, serves me now because I’m use to having that discipline of that schedule in my life,” Bedford said. “It makes it really easy to plan certain parts of my life.”

Bedford said he is very inclusive in all aspects of his job, always tries to get second opinions on decisions and he loves to work as a team.

“We’re confident in our own way, but he helps us build that confidence when it comes to making decisions that impact our division,” said Business and Family Administrative Assistant Jennifer Panag. “He values our opinions and our input, and he trusts us to make decisions. He makes us part of that decision.”

Taking care of administrative business is only one part of Bedford’s job description. He has also been very active in other campus programs alongside Kenneth Cooper, the director of college advancement.

Bedford’s hard work in and out of the office was something those around him said they saw and admired.

“I wouldn’t change anything about his management style,” Nye said. “I think he’s a very effective leader and he’s getting things done very efficiently in his division. He’s a great member of the management team. Someone who has a really good career ahead of them in Los Rios.”