Cartel makes it to Netflix in new series ‘Narcos’ 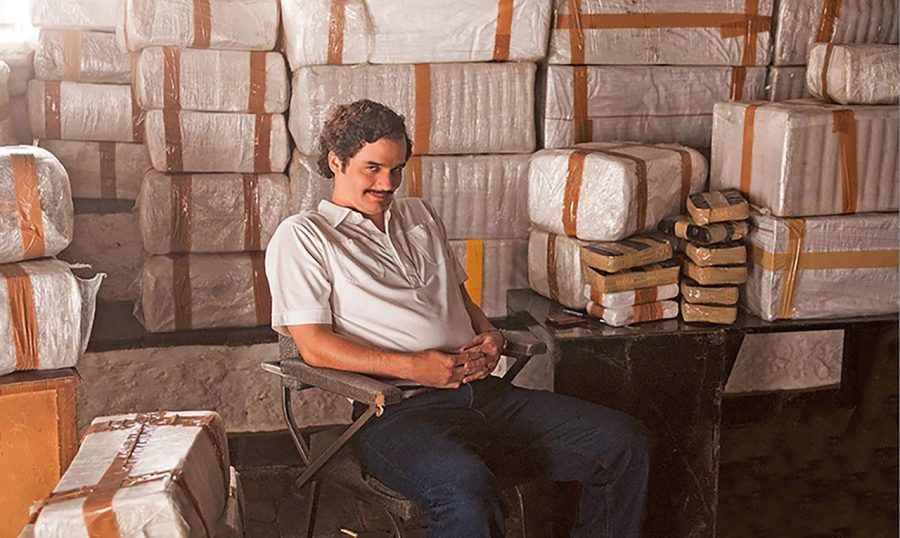 In 1975, a petty criminal entered the cocaine trade, changing Colombia forever. “Narcos” tells the story of Pablo Escobar’s ascension to the top of the drug trade – making billions per year, causing hundreds of deaths and running for office all at the same time.

Brazilian director Josè Padilha, known for directing the “RoboCop” remake, has teamed up with Netflix to create, what they hope, is the next must-see Netflix series.

While it’s hard to reach the success of “House of Cards” and “Orange is the New Black,” “Narcos” has the plot lines and character development to do so.

“Narcos” was released on Aug. 28 and depicts the real-life story of Escobar, played by Wagner Moura. Padilha throws you into the violence immediately, as we see men and women dancing to music, then suddenly the atmosphere is shattered as a storm of bullets burst through the bar.

Padilha introduces the characters and develops unique storylines early on. The different character perspectives immerse you into the beginning of the Colombian drug wars in the 1980’s.

“Narcos” has the makings of a fascinating television series – violence, insight and a protagonist. The writers do an excellent job portraying Escobar in a variety of ways – giving to the poor, being a businessman and being a ruthless cartel boss.

While the show is about Moura’s character, it’s narrated by DEA agent Steve Murphy, played by Boyd Holbrook from “Gone Girl.” He is joined by fellow DEA agent Javier Peńa, played by Pedro Pascal from “Game of Thrones.”

Holbrook serves as the show’s omniscient narrator, introducing the audience to every detail of the story. It seems like an attempt to follow the narration in “Goodfellas,” but it doesn’t play out as well on television and is overplayed.

It plays a helpful role in the premiere, but is a nuisance as the storylines within nine more episodes unfold. The characters and writing have shown great ability to tell this story in an entertaining, understandable manner, making omniscient narration unnecessary.

What makes “Narcos” unique is its bilingualism. Unlike some movies you’d see in Hollywood, the actors playing cartel members speak Spanish fluently. English subtitles play below, so the audience can follow along with the dialogue. It adds a layer of realism to the series and makes the characters more believable.

“Narcos” is the next can’t-miss Netflix show that everyone will be talking about. At a time when everyone loves to binge watch an entire season, the first 10 episodes will hook you in and you’ll never want to let go.