‘The Boy’ lacks in talent but excels in suspense 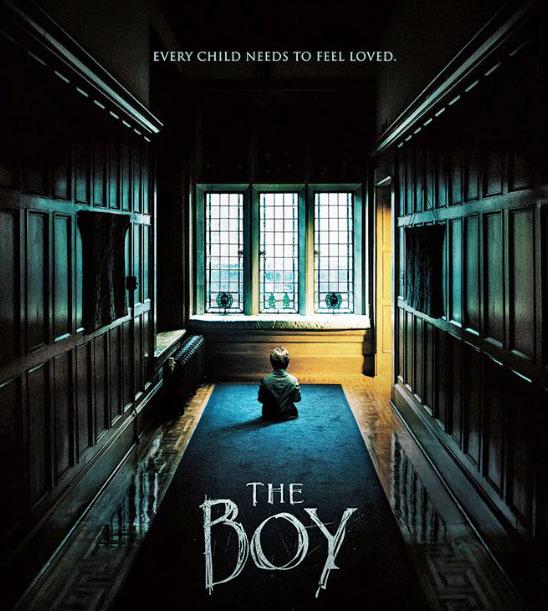 While it’s debatable whether “The Boy” is an Oscar winning film, it’s fair to say that it is a solid 2-in-1 suspense film that brings back that classic Chucky-style horror.

Director William Brent Bell, who also directed “The Devil Inside,” does a good job in turning the classic horror aspect into something that is more suspenseful than anything else.

An eerie doll and a strange house are the main ingredients needed to make this film a fantastic psychological thriller that towards the end has an obvious twist.

This film still has enough scary moments to satisfy the horror fans. But you are left sitting in your seat asking, if it stayed on its original direction, would the film come off more disturbing?

Lauren Cohen of the “The Walking Dead” plays Greta, a young American woman looking to escape the life she was living.

Greta is sent to take care of the Heelshire’s son Brahms. The suspense begins when she is introduced to a porcelain doll that is the replacement to the Heelshire’s deceased son.

The parents, portrayed by Jim Norton and Diana Hardcastle, give the audience an urge to figure out the story of the boy.

“Whatever it might look like on the outside our son is here, he’s very much with us,” Mr. Heelshire said in the film.

After showing Greta her daily duties the family quickly fled on their vacation and left her a specific list of things she must do.

As soon as the Heelshire’s flee, Greta ignores her specific list of things to do because she doesn’t believe the doll is real.

Once Greta keeps ignoring the rules, things of hers start to disappear. Items like all her clothes, jewelry and shoes, which has her wondering if there is a spirit in the house or another human.

In one of the scenes, there’s a moment when Greta has a talk with Brahms asking him if the list is what he wants done, and as she stares into his glass eyes she feels bad and starts to do what the list states.

This list is an important piece to this puzzle, because what she doesn’t know is this list isn’t for her to become a great nanny, but his future girl.

The first hour of the film was dragging a little bit, but as the movie went on the plot begins to rise and thicken having you question if Greta is losing her mind.

This film was very interesting with its plot and twists, but don’t expect any Oscar Winning performances. There are times in the film where you can tell Lauren Cohen might of been uncomfortable or maybe just lacked good acting skills when it came to interacting with the doll.

With the absence of good acting it could be hard for the audience to connect with the story, but where acting lacked, the suspense filled in.