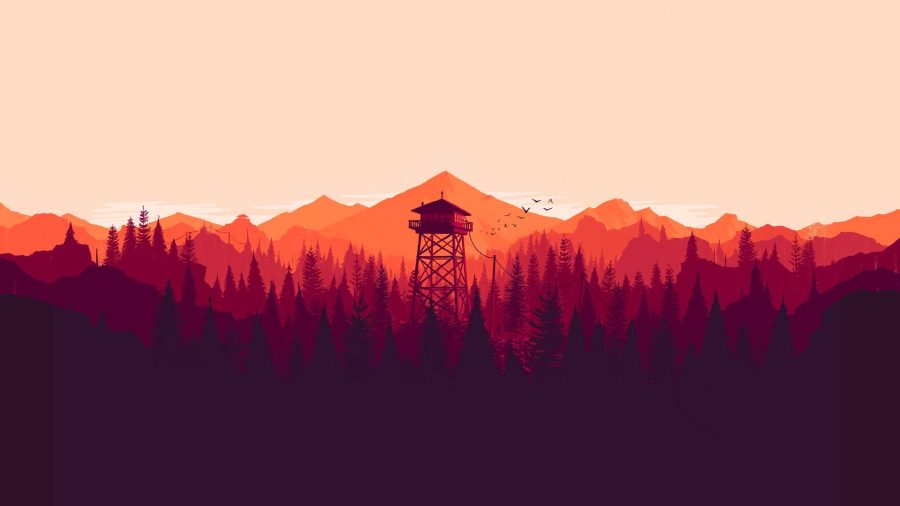 A simply stunning environment and a story that will drive the player to finish the game in one sitting, wanting more. “Firewatch,” the debut video game released by developer Campo Santo, captures the essence of the the Shoshone National Forest wilderness in 1989.

“Firewatch” follows the first person perspective of a character named Henry, voiced by Rich Sommer from drama series “Mad Men,” who takes up a volunteer summer job working as a lookout in the Shoshone National Forest after the tragic Yellowstone fires of 1988. While doing his job, the player learns more about Henry’s background while also unraveling a mystery involving previous lookouts.

The game first opens up letting the player learn about Henry and his life before taking up the job through a series of plain text. Players choose little things to add to his back story such as how he reacts to relationship situations and even choosing what kind of dog Henry adopts. Warning though, this introduction gets emotional pretty fast.

After the rollercoaster of emotion of an introduction, the journey as a volunteer lookout begins with Henry finding his lookout post and the player exploring the wilderness through Henry’s eyes.

Working with the first person perspective can usually make character development limited but “Firewatch” does a great job of letting the player decide how they want to develop. The main form of conversation is through a walkie-talkie to his supervisor, Delilah, voiced by Cissy Jones of “The Walking Dead” games. Players get to choose their dialogue and it helps both characters open up about their past.

The walkie-talkie bit of it seems like it was heavily inspired by “The Walking Dead” game series from Telltale Games. Which makes sense since developers from Campo Santo previously worked for Telltale Games. The way the characters develop a relationship solely from a walkie-talkie seems to have also gathered inspiration from “Bioshock.” Regardless of who it was inspired by, Campo Santo successfully made conversations seem realistic.

Apart from the interesting choice of communication between characters, the game has truly amazing graphics. I don’t mean the game looks real but the color palette chosen along with the setting of the Wyoming wilderness is enough to make any player invested in the game.

The colors give a nostalgic feel as if you were looking through photographs from a 1980’s summer in the wilderness. There are also sporadic posters throughout the game, specifically in Henry’s lookout post that give into the nostalgic look.

When the game was first released many were expecting it to be more gritty and full of crazy plot twists or maybe even the supernatural. Although there isn’t a crazy supernatural plot twist, it doesn’t take away from how great the game is.

The game does have some unexpected turns that make the player question what is really going on but you shouldn’t go into the game expecting to have your mind blown or scared. The best way to put it is that “Firewatch” is a truly realistic adventure game.

As the story develops, however the player chooses, the characters grow on you and make you feel as if they are real. That is what makes this game shine and explains why it has gotten such high reviews.