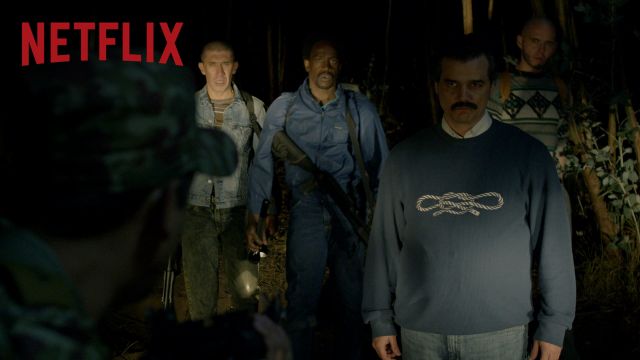 In the return of the Netflix series “Narcos”, the bloodshed and chaos are at an all-time high. With Colombian drug lord Pablo Escobar on the run, the second season is more exhilarating than last season.

In the first season of “Narcos”, we saw Escobar, played by Wagner Moura, rise in the ranks from small-time marijuana dealer to a billionaire drug kingpin. Even in the prison, which Escobar designed himself, he was at the height of his power while the United States Drug Enforcement Agency and Colombian government tried to bring him down.

Now in season two, the pressure to capture Escobar after his escape from prison leads to an all out war between the medellin cartel and the DEA. But even when he is on the run, Escobar is more ruthless than ever. DEA agent Steve Murphy, played by Boyd Holbrook, said it best. “Pablo is never more dangerous than when you think you have him.”

Brazilian director Josè Padilha delivered once again with another exceptional season that offered even more turmoil and action than the previous season, in addition to great use of the characters to develop the story.

What makes “Narcos” so compelling in addition to the action of the drug war, is the different perspectives we see, especially during the second season.

While we are used to seeing the DEA’s perspective in its hunt for Escobar, featured prominently thanks to omniscient narration by Murphy, Padilha gave the audience more this season. We see Murphy and fellow DEA agent Javier Peña go in different directions on multiple occasions, including witnessing every step of Peña’s brash alliance.

But what drives the story is Escobar. Even on the run, his attempts to juggle being a caring father and a ruthless narco terrorist that was willing to have anyone killed, even innocent children, to remain in control.

Padilha’s true bow that makes the series stand out is the realism that is involved, even beyond the story being based on true events.

The bilingualism of the show, with Spanish dialogue between many characters, gives it authenticity. Combined with the aerial shots of neighborhoods in Colombia, where the show is filmed, they bring even more of a naturalness to the story.

With the success of the show, Padilha could have dragged out Escobar’s death into a potential third season, but he stayed true to the timeline. “Narcos” surpassed the hype from the first season and delivered in an even greater way this time around.