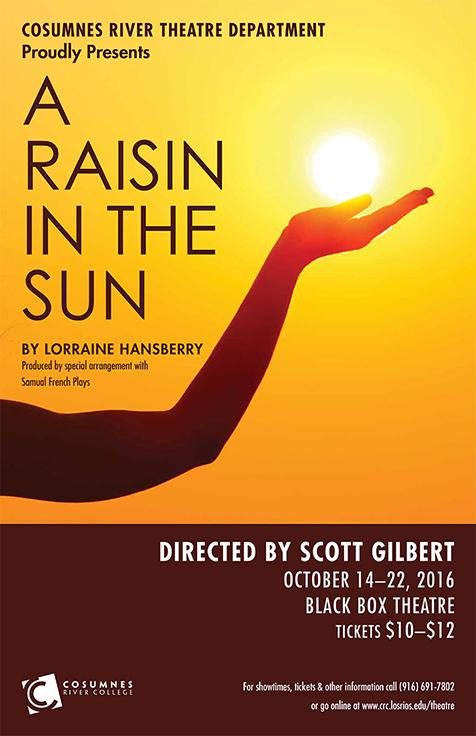 With the lack of diversity portrayed in mainstream theater, the Cosumnes River College Theatre Department makes an effort to highlight a variety of characters, stories and voices that are representative of the campus.

This semester the department will showcase “A Raisin in the Sun,” by Lorraine Hansberry, which they will perform in the Black Box Theater beginning Oct. 14.

“‘Raisin in the Sun’ is one of the most important plays in American Dramatic Literature. The first great play about the African-American experience,” said director Scott Gilbert. “This is kind of an old-fashioned play in a way although it really speaks to people today.”

“A Raisin in the Sun” is set in Chicago during the 1950s and revolves around an African-American family who receives a substantial amount of money from an insurance claim brought by the passing of the husband and father of the family. The story displays the conflicts that arise when the family tries to figure out how to use the money, revealing the characters clashing aspirations.

The play later explores the struggles that the family faces when they move into the suburbs of an oppressive white community and how they navigate through this new experience.

The play received the New York Drama Critics Circle Award in 1959 and was a representation of black life during the time.

“When I found out it was ‘A Raisin in the Sun’ I was like, ‘Oh my god this is awesome.’ It is very rare that you get a college that wants to do an all black casted play,” said Tony Shepherd, a 20-year-old psychology major. “I was super excited for that and so I auditioned and I did my absolute best.”

Though the play centers on an African-American family, it also explores the human condition, aspirations and relationships that can extend to people of all generations and ethnic backgrounds.

“Just like poetry it gives you something to analyze, something to compare yourself to. Your struggles, your life, everything,” said Marshall Bailey, a 19-year-old engineering major. “It’s something good to look at and it’s a great piece of art. ‘A Raisin in the Sun’ was beautifully written and there are not many like it.”

The theatre department selected the play because of its relevance to current events that have taken place within the United States. As tensions continue to strain, the play gives insight to issues such as the oppression, generational conflicts and racism, while unifying the human experience with the idea that we are connected through the pursuit of our dreams.

“It is a historically significant play that holds a lot of weight. It has a lot of heart and it has a lot of meaning and it really does showcase different realms of reality outside of what we usually see in typical theatre,” said Shepherd. “I think that’s one reason that people should come see the play because you’ll get a lot out of it.”