The Shins experiment with sound in new album 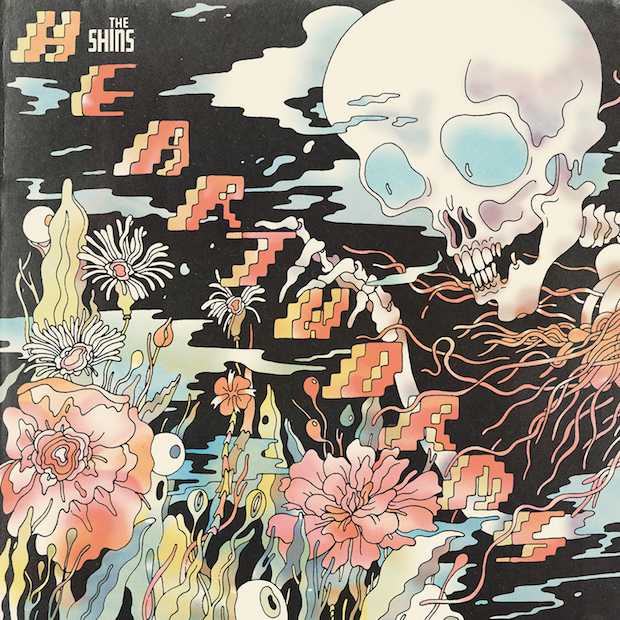 It’s been a long five years and series of lineup changes since the beloved indie-rock band The Shins released a new album.

For long-time fans of the band, new album “Heartworms” is quite a stretch from the past four albums. The last album “Port of Morrow” had little bits hinting at a change in sound but nothing as dramatically different.

The Shins are very much a one-man band, so sticking with the name is questionable but not uncommon. Singer and lead guitarist James Mercer is the only remaining member and the band’s sound is very much of a product of his imagination.

At first listen it may seem like it might be another installment to the Broken Bells discography but that thought quickly disappears because it’s not likely the co-creator of the side project, Danger Mouse, would have ever made anything this nasty. Nasty, in this case, is a double entendre.

Songs like “Cherry Hearts” and “Painting a Hole” are examples of the electronic/experimental route Mercer is taking. To some listeners it could come off like he’s trying way too hard. To others it could to be that now that Mercer has complete recording control, he’s just showcasing his creativity and making music that is refreshingly different from the past.

The change Mercer has made with the album is a clear demonstration of maturity. The folky sound found in past albums will be forever cherished by fans, but considering the time those albums were released in relation to the genre, the scene has changed quite a bit.

The album that received the most attention was their 2007 release of “Wincing the Night Away.” That same year indie-rock band Modest Mouse released “We Were Dead Before the Ship Even Sank.” Indie-rock has changed just as nearly every genre does.

That being said, there are a few songs worth noting that are very Shins-esque. “So Now What” is an incredibly warming track. The song was originally released in 2014 with the film “Wish I was Here” directed by Zach Braff. Despite its early release, the song still holds up a few years later as a notable track on the album.

Other tracks such as “Dead Alive,” “Rubber Ballz” and “Heartworms” could have blended in with previous albums just with a better production.

The Shins sound is molded by Mercer’s voice and this album just confirms that, regardless of the added electronic elements.
Rating: 3.5 out of 5