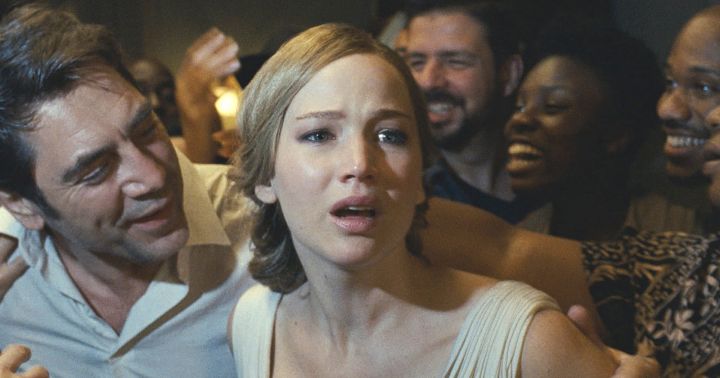 Taking place in a isolated countryside, Lawrence plays the young wife to a much older man, a famous author, played by actor Javier Bardem. I should point out both characters are only known as “Mother!” and “Him” throughout the film. Nobody officially has a name throughout the movie and it keeps the audience guessing constantly .

“Mother!” is a entertaining paranoia thriller and has jump scares that make you jump in your seat wondering what is going on consistently. The creepy noises and moaning in the house will keep you on your feet the entire film giving every horror fan something to enjoy. Lawrence once again brings out her excellent acting to make you really feel frightened throughout the movie.

The best part that makes the movie is the terrifying atmosphere. The constant tension throughout the movie is truly remarkable. The feeling of isolation and constant paranoia will have your head spinning the entire film.

The film can be frustrating as it makes you wonder what’s going on a lot and makes you think a little more than you should. At every angle of the movie, there is a question leading the viewer to wonder what the answer is.

Nonetheless, it is a smart film but if you don’t understand it you will never truly get what’s going on. I could say one thing that was good throughout was that all the actors and actresses do such an amazing job. We get to see a dark and light side from each character. Jennifer Lawrence’s performance really stood out to me though in this movie. She really makes the film glow and stand out with her brilliant performance.  Even when the credits role, you will want to know even more. Horror fans rejoice! This is a five out of five!