‘Avengers: Infinity War’ is here and delivered its impact of the franchise 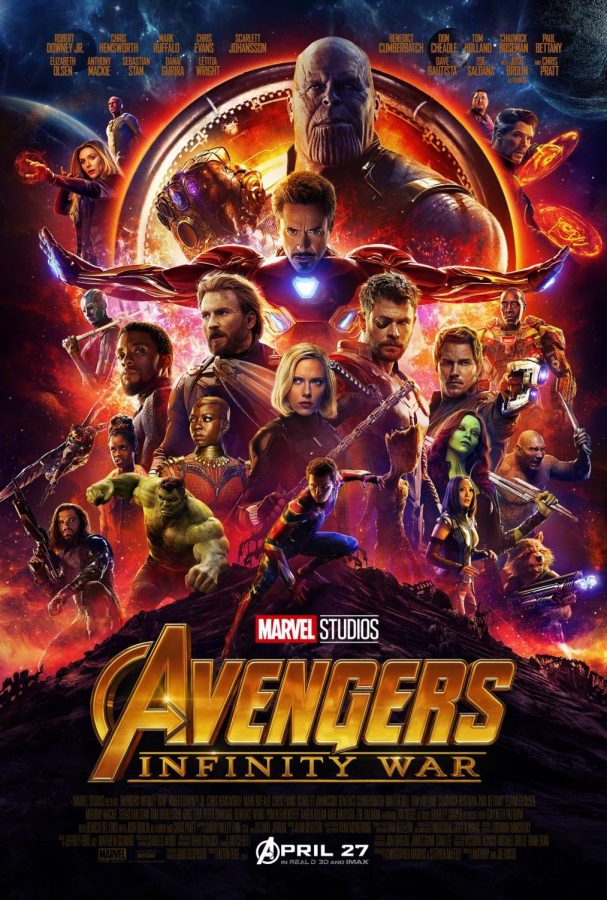 “Avengers: Infinity War” is a phenomenal film from beginning to the end that delivered what fans have been waiting for. With some of Marvel’s greatest superheroes from different worlds joining together, they set their sights to fight their most powerful adversary yet in the galaxy, the evil Thanos.

The original release date was supposed to be on May 4, but it was released on April 27 because Marvel studios wanted to bring back Robert Downey Jr., the franchise star, for the upcoming Avengers in 2019 film.

After the event of “The Avengers” movie, when Iron Man saved New York from an alien apocalypse with an atomic missile, the world thought that it would be the end of the alien invasion, but they were mistaken.

The best hero appearance would have to be the Guardians of the Galaxy and Doctor Strange. Audiences were also happy to see appearances from Black Panther, Spider-Man and references of upcoming new villains.

Despite having the themes of the Marvel characters, the film’s soundtrack could’ve been better. However the acting from all the characters was top notch and the cinematography was on cue in creating an exciting atmosphere.

Josh Brolin, the voice of Thanos, did a great job at bringing the villain to life by being sinister, smart and above all, a tough enemy to defeat.

Thanos first appearance was in a comic book issue #55 of Iron Man “Beware of The Blood Brothers” in February 1973. He was the beginning of becoming one of the most powerful titan in the galaxy.

Thanos is on a mission to collect the six infinity stones in order to control the universe. The six stones are; time, space, soul, reality, power and mind, and they are scattered across the universe. If they come together in the infinity gauntlet, it can cause the annihilation of the universe by the snap of his fingers.

The quest is to stop Thanos from capturing all the stones, and it will pose a challenge that will put our heroes in a life and death situations in an attempt to save humanity. It was frustrating to watch Thanos to be one step ahead of accomplishing his mission.

Due to the death of key characters and the looming threat of bigger villains, things are more grim than the audience might’ve anticipated or expected. And it will throw the fans off guard.

You’ll be shocked and amazed on how Stan Lee’s vision of a war would be this good. Expect plenty of battles, dialogue and chemistry that you will want to watch again and again.

It’s an emotional rollercoaster that will make you ask tons of questions about why certain events happened or what else they can show next.

This is the third franchise film in the Avengers series, and yes, there will be part two of “Infinity War,” which will be released on May 3, 2019. Be aware if you’re wondering what will earth’s mightiest heroes do to stop Thanos.