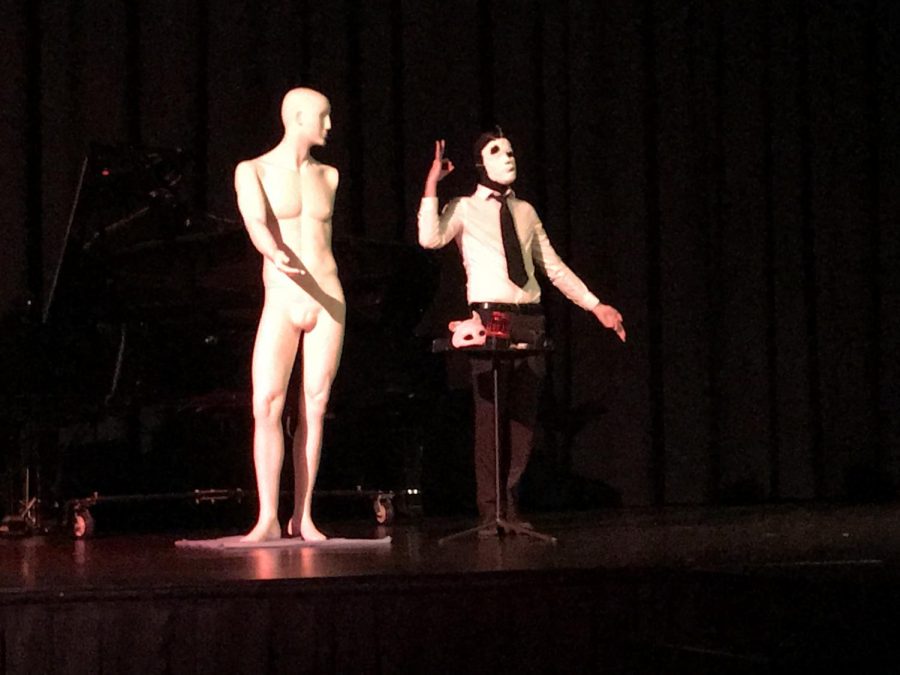 The Cosumnes River College music department hosted its annual Composers Ensemble on April 23 and May 2. The goal of these events is to allow members the opportunity to perform onstage with compositions they’ve created themselves or adapted elsewhere.

Taking place in the Recital Hall, the concert lasted about an hour and had eight to 10 performances.

“The students meet once a week and we share works, present, talk about composers, techniques…” said Program Director and Music Professor Kurt Erickson. “Then by the end of the semester, we have a full concert worth of material and we give two shows.”

The April event featured eight different performances by five musicians. Rick Martin, on the tenor saxophone started things off by playing from the hall’s entrance doors before walking down the stairs toward the stage.

First time performer Jacob Montez came out next, performing a piece on piano inspired by the final levels you find in old video games.

“I was a little nervous, a bit more than I expected to be,” Montez said after the show. “Honestly, I was completely calm until the point I started playing.”

Another pianist, Ruvem Kutsar, appeared afterward to play two vastly different works: the first piece correlates notes to an alphabetical letter, spelling out ‘Jesus’ while the second piece is meant to put the audience into a trance-like state.

Martin returned to the stage to play two short pieces created by Gabriel J. Rivera, who was also the co-director and stage manager.

“I’m a musician so I know what I would like if somebody was setting the stage for me, so I try to do that for all these musicians and composers,” Rivera said.

Student Daniel Horne followed after Martin, performing an ‘avant-garde’ stage act involving a mask, flickering lights, and a mannequin. This piece definitely stood out amongst the others by briefly turning the musical event into an art show.

“This is the first time we’ve actually had a ‘performance art’ piece,” Erickson said. “Every semester is different. Different people come in and they have different interests.”

Horne then continued his act with a self-made song on piano and included lyrics that were a statement on the current political climate as well as other controversies involving government.

The last performance of the night was done by Erickson, playing a complex piano piece involving repeating chords.

According to the concert’s program, “Soundpiece uses structured improvisation to create a living soundscape that can be modified and adapted for each performance.”

The event ended with a showing of a student-made film, “The Dance,” which got accepted into a couple of film festivals and was scored by Daniel Horne and Gabriel Lopez.

The music department has a few more events lined up for the end of the semester between May 7 to 11, including concerts with the college’s orchestra, jazz band, concert band, and student recitals. General admission is $10, students and seniors are $5 and children 12 and under are free.