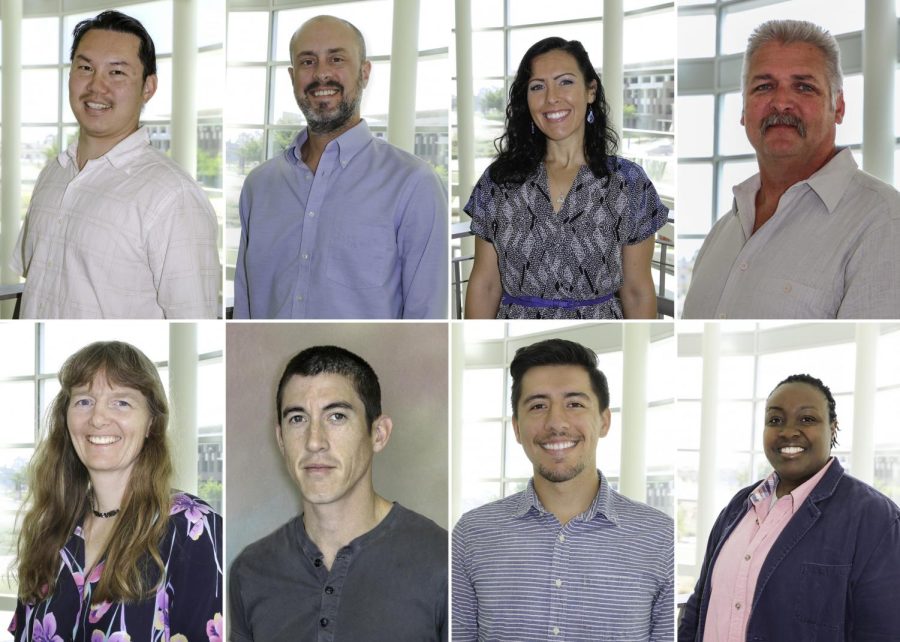 “My first and utmost priority is to set up students for success,” Hubbard said.

Hubbard, who taught for the fire technology program at American River College for several years, said that everything in life ties back to having an education.

“One of the biggest things I teach my students is to never forget where you came from,” Hubbard said.

In addition to teaching course material, Hubbard said he also emphasizes life lessons necessary for the profession. He also said students should be dedicated learners.

“Just be dedicated to your profession,” Hubbard said. “Show up to class and have an open mind to learning.”

Zoller said he attended American River College, which motivated him to teach at a community college after teaching at UC Davis and San Francisco State University.

Zoller said he tries to prioritize the perspectives and experiences of students in his class.

“I try to bring their own experiences into class,” Zoller said.

Zoller said he hopes students can learn to write clearly and read critically. He later said that he tries to offer different ways to succeed in his class, acknowledging the possibilities of having students in his class who aren’t strong at test-taking or writing.

Radio, TV and Film Production Assistant Professor Mun Kang said he had four-and-a-half years of teaching experience at universities, such as The Art Institute of California, Orange County and University of La Verne in Verne, Calif.

After teaching at four-year universities, Kang said he prefers teaching at the community college level.

“The students are so different, in a positive way,” Kang said.  “Students are eager to learn, humble and grateful to be here.”

Kang said that instilling confidence in his students is his ultimate goal as a professor.

“Do the projects,” Kang said. “Show up to class. If they do that, they’ll be just fine.”

“The classes are more smaller and intimate,” Alfaro said.

Alfaro, who was a former student at CRC, said he centers his classes around marginalized students and said he values student voices.

“I want them to not only hear their voice but be heard as well,” Alfaro said.

Math Assistant Professor Matthew Rodrigues said that his own experience at a community college helps motivate him as a professor.

“Being at a community college, you’re in this ideal position for helping students,” Rodrigues said. “For me, my drive stems from my own background going through the system.”

Rodriques said he ultimately wants to help students develop the skills needed to be successful in the paths they choose.

“Our main priority is student success,” Rodrigues said. “We want students to go where they want to be.”