“Joker” laughs its way to the top of the box office 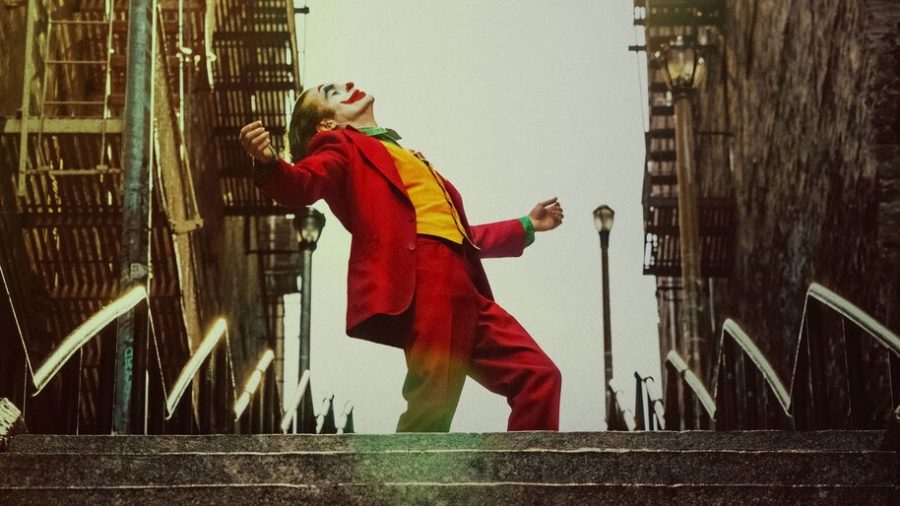 Todd Phillips (“The Hangover” Trilogy) directed a psychological thriller where a man gives in to madness as he becomes one of Batman’s most iconic villains in the highly anticipated origin story.

Premiering on Oct. 4, “Joker” became Warner Brothers’ highest-grossing film of the year worldwide to date, breaking the box office record for a movie’s opening weekend and the biggest second weekend gross for October.

“Joker” had a lot of hype surrounding it before it debuted in theaters with regards to the lead performance and the violence in the movie. It lives up to the hype simply because of Joaquin Phoenix’s (“Gladiator”) performance as Arthur Fleck.

The movie follows Arthur Fleck, a mentally unstable man who is trying to be a stand-up comedian. Later, he experiences tragedies that turns him into the Joker.

Fleck’s laughter in this iteration of the character is the result of a neurological disorder in which he breaks out into uncontrollable fits of laughter that seem to cause him pain when he tries to stop.

Because of Fleck’s disorder, people are uncomfortable around him and tend to avoid him. This makes Fleck feel as though he has been forgotten and disregarded by society.

Fleck’s descent starts with his first act of violence on a subway against three men. He continues to become increasingly violent as the movie goes on when he discovers secrets about his past.

While the movie can use the tragedies that happen to Fleck and his mental illness as an excuse to justify his increasingly violent actions, it does not happen.

The movie is violent at times and does not pull punches when it comes to showing the violence, however, there are not as many heinous scenes in the movie as the hype made it seem.

Even though Fleck is the main character and the story is told through his eyes, he is not portrayed as a hero or as anyone that people want to win in the end.

During the movie, some people within Gotham City take Fleck’s actions and use them to lash out at the rich, whom they feel have let other people in the city fall into poverty.

The audience watches the consequences of Fleck’s actions unfold resulting in violent riots that lead to Bruce Wayne’s parents being murdered and how people see Fleck, now fully presenting as the Joker, as their hero.

The movie portrays how twisted Fleck’s view of reality has become and how the people who believe him to be their hero have also lost touch with reality.

While Fleck may not realize he has lost touch with reality, everyone watching the movie does and is shocked and horrified at what he has done and how he feels no remorse for his actions.

Phoenix earned the praise he has received for playing Fleck and deserves an Academy Award for his performance in this movie. He lost a lot of weight for this role so he looks emaciated on screen and that only adds to Fleck’s persona.

He is unsettling and terrifying as both Fleck and the Joker, and by the end, there is no Fleck, only the Joker. Phoenix plays the role so well that he almost makes the audience forget that there used to be Fleck.

Phoenix developed two laughs for his role. One is for when he genuinely laughs and one that he uses for Fleck’s uncontrollable laughter. Each laugh makes the audience feel uncomfortable every time he uses them.

Overall, the movie is amazing. It’s well-acted, directed and tells an interesting story that grips the audience and doesn’t let go until the credits start rolling.

If there was a way to sum up this movie in one word, it would be this: Intense.