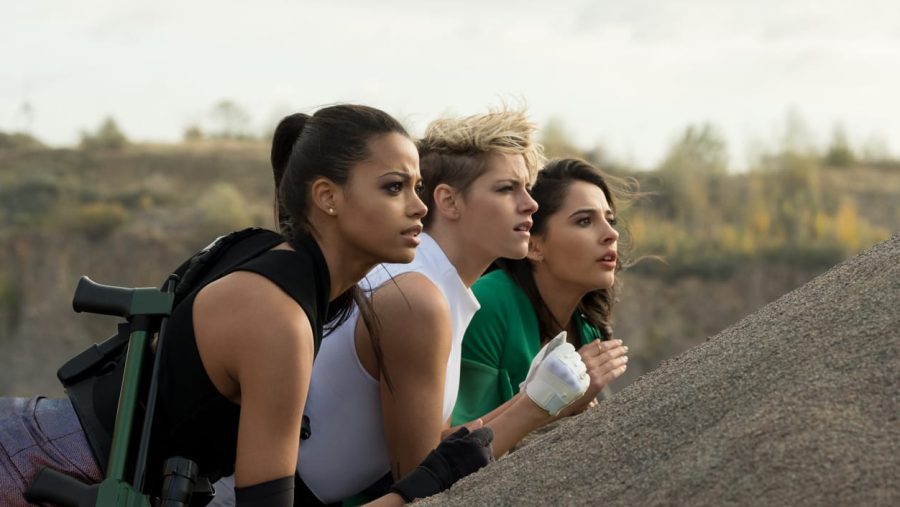 The 2019 film "Charlie's Angels" centers around three women whose goal is to stop mass destruction from occurring. The film premiered on Nov. 15 and has been hailed as a female-empowering movie.

Charlie Townsend’s “angels” charmed their way through their mission of stopping Calisto, an energy conservation device, from being used as a weapon in “Charlie’s Angels.”

The film, which was a modern take on the iconic movies and tv show of the same name, hit theaters on Nov. 15 and was directed and produced by Elizabeth Banks (“Hunger Games”). Despite its budget of $48 million, the movie has since been a flop in the box office because, from what Banks told Australian newspaper Herald Sun, “men don’t go see women do action movies.”

This movie included a lot of familiar faces and its cast was pretty diverse compared to the 70s cast. Besides the main cast of Kristen Stewart (“Snow White”) and Naomi Scott (“Aladdin”), those casted in this modern take were women and men of color, with a brief appearance “Orange Is the New Black” actress Laverne Cox.

Compared to the 70s television series, the angels are being trained throughout the world and aren’t just solely based out in Los Angeles, which also helped diversify the film’s cast.

Women and little girls at the beginning of the movie were seen doing lots of things that could be considered dangerous or generally what males would do in terms of extreme sports.

In the TV series, Bosley was a private investigator who assisted the Angels, but in this movie, Bosley is not one man but it is a name given to all the private investigators throughout the world, who aren’t just men but women too. Banks is one of Bosley’s who assists the angels on their mission to stop Calisto, and her performance as Bosley really shows her as a badass female lead who ultimately helps the angels work together as one.

This movie comes at a time where we are seeing more women in action films or more movies with a strong female cast. At the time the TV series came out in the 70s, it was ahead of its time, but it shouldn’t come as a surprise that women can do anything men can do and yet it does.

Overall, it felt like any other action-comedy movie, the only difference being that the women were fighting against evil and not waiting to be saved which was a good change of pace from all the “John Wick” type films. Women were given more than just the role of the damsel in distress and it showed that all women are angels too and not the innocent up in heaven or whatever you believe kind, but tough badass women who support each other.

The angels in this weren’t dressed as skimpy as the 70s version and really focused on women empowering and helping each other out instead of fighting against each other. In the end, we see that these three women aren’t just angels, but all the women around them are as well.