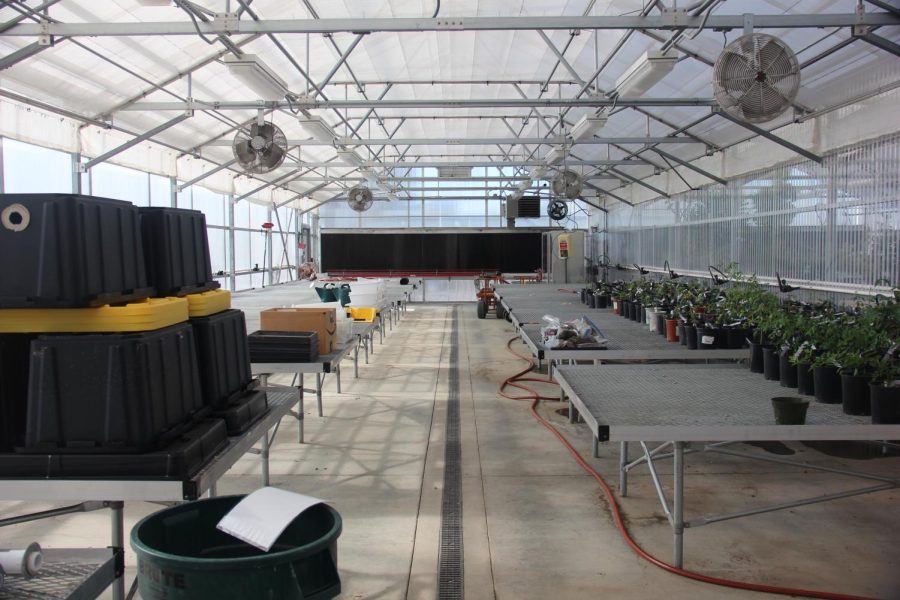 The campus’ greenhouse, formerly home to a full nursery program,  is in the process of being revamped over the next few years.

Horticulture Professor Dave Andrews said the facility originally hosted the program from 2012 until 2017. Andrews said that due to a lack of enrollment over the last two years, the building is significantly emptier than it was in the past.

“Before, we would have around 30 students working in the greenhouse over the semester, but as time went on we started to only get about 12 to 13,” Andrews said. “If we don’t have enough people, we can’t really maintain it at the level it was at before.”

Andrews said a lack of career opportunities in the area is largely to blame for the downturn in the program’s enrollment. He said there are not enough jobs in the market, and therefore not as many people working towards degrees in agriculture.

“You have to shift with the changes and needs of the community,” said Andrews. “Things are shifting towards sustainability and food production.”

Nutrition Professor Timaree Hagenburger said this program was “the only one like it in the world.”

“There is a lot of money in plant-based foods,” said Hageburger. “You see very big companies investing in these plant-based businesses.”

Hagenburger said the program for the certificate started in the fall of 2017. She said the curriculum for the program was developed by Nutrition Professor Dana Wassmer, who saw it through the approval process.

Kip Baumann, a former student who participated in the program, said the experience of working in the greenhouse was new, but an enjoyable one for him.

“It goes hand-in-hand,” said Baumann. “Nutrition naturally involves food, and that food has to come from somewhere.”

Andrews said he thought the program would help revitalize the greenhouse, bringing in students who are working on their nutrition degrees and teaching them about where their food comes from.

Andrews said in the next few years he also wants to establish a farmers market near the greenhouse. The market would sell food to both students and the local community, with the former getting some sort of student discount.

“My goal within the next 2 years is to have this place full again,” said Andrews.