Alumna shares her experience of coronavirus response in South Korea 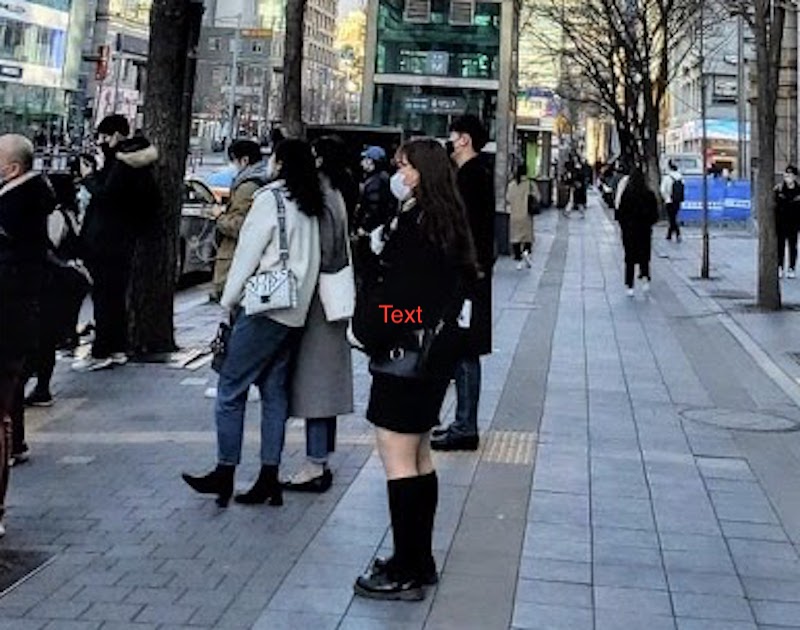 Alumni of Cosumnes River College LeShea Munoz shares a photo of the streets of South Korea. Every person in sight is wearing a face mask when they go out for their essential needs.

Hoping to secure a teaching position and to call South Korea home, a former Cosumnes River College student traveled to South Korea with her daughter on Feb. 27.

Fifty-year-old LeShea Munoz, a former staff writer for The Connection, landed in the Republic of Korea about a month after the country discovered their first case of COVID-19.

A few weeks later, Munoz and her 15-year-old daughter are being told to come back home by the United States Embassy of Korea, or they face the risk of being in a foreign country indefinitely.

“I’m so upset to have to find out that I have to come back to the United States because they seem to have it on lockdown here,” said Munoz. “I feel like I’m safer here than in the United States.”

According to the situation report published by the World Health Organization on March 29, the Republic of Korea has 9,583 confirmed cases and 152 deaths. The same report shows the United States leading the world in confirmed cases at 103,321, and 1,668 deaths.

“Korea is on top of this,” said Munoz. “When we first got here we had to sign a declaration of health and had to get our temperature taken at five different checkpoints.”

The Republic of Korea has been heralded in recent days for its extensive COVID-19 testing and its availability to its citizens.

“They have drive-thru testing, you can get in your car then drive through this thing and get tested right there,” said Munoz. She also added that anyone who wants to get tested can go into a clinic or pharmacy and get it done.

“Everybody is wearing gloves, and 99% of the people that we see outside are wearing a mask,” said Munoz.

Munoz said South Korea is also following WHO’s guidelines of social-distancing and sheltering at home, but citizens are still out and about taking care of their essential needs.

South Korea is also using smartphone apps to fight against the spread of the coronavirus, Munoz said. Citizens are told to keep a log of everywhere they have been so that if they test positive, that information is shared with their fellow citizens. While this information can help prevent potential outbreak points, Munoz explained that not everyone is a fan of aggressive tracing and some see it as an invasion of privacy.

Munoz and her daughter were angry and saddened when they heard their trip and plans were being cut short. Munoz applauded Korean Air for their flexibility but was worried about what she would encounter at the airport, both in Korea and the U.S.

“Our flight doesn’t leave until eight at night, and they said that we need to be at the airport five to six hours before we depart,” said Munoz. “There are intensive health screenings going on now, they don’t want to put somebody who’s sick on a plane.”

Munoz is unsure of what precautions the U.S will have planned for her when she lands but plans on self-isolating with her daughter for a while once she returns.

“It scares me knowing that I’m coming back to San Francisco knowing that there may be no health screenings on that end, and there are all those people in the airport that are coming in from everywhere,” said Munoz.

Munoz and her daughter began their journey home on Wednesday, and plan on returning to South Korea as soon as they can.