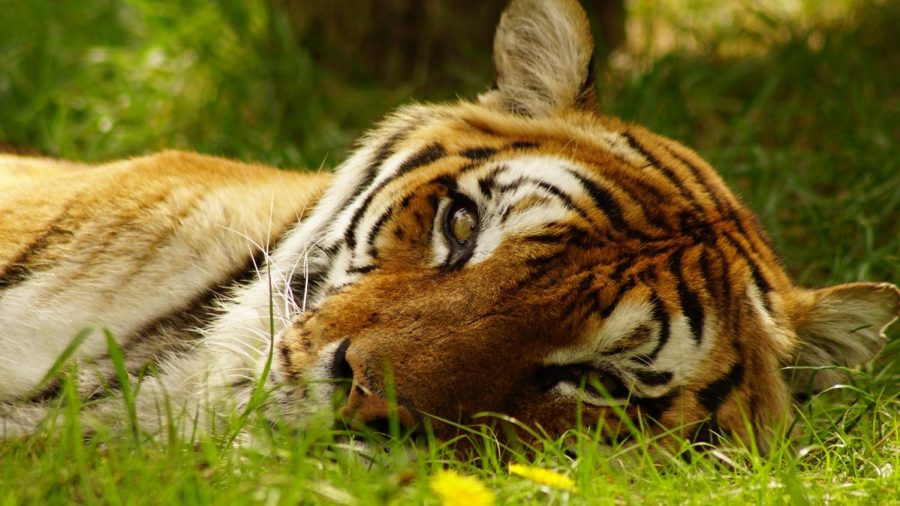 One of the top ten shows currently trending on Netflix is known as “Tiger King” and the short series displays the harsh truth and mayhem among exotic animal captivity.

Between three exotic animal zoos in South Carolina, Florida and Oklahoma, the truth about their owners quickly unfolds in this documentary.

The seven episode documentary involves in-person interviews during a five-year period leading up to present day. The three owners of these exotic animal zoos are known as Joe Exotic for “GW Zoo,” Carole Baskin for “Big Cat Rescue” and Doc Antle for “Myrtle Beach Safari.”

The irony of the documentary series is that at least half of the interviews were completed four years before Joe Exotic was found guilty for two counts of “murder-for-hire” and for violating the Endangered Species Act.

The overall intriguing part about this documentary is that it starts off as scratching the surface of wild animal captivity and then dives into murder, deception, addiction and power.

Exotic was displayed as the leader from his verbal and physical behavior that he would show his online audience as he would make threats towards Baskin.

It was as if the filming crew had been in the right place at the right time before everything became worse with Exotic’s growing insanity.

The cinematography itself was quite outstanding as the director, Eric Goode, created beautiful up-close shots of the exotic animals being used for entertainment and kept within these zoos.

The shots Goode used within the short series displayed both the beauty and strength of these animals, but also their captivity as they were being showboated to crowds.

The rest of the documentary’s cinematography was a lot of hand-held camera work which captured and produced more of an action and urgency feeling to certain scenes in the series.

Unfortunately, a big portion of the musical score for this series was done by none other than Joe Exotic himself.

Goode incorporated several short scenes from numerous music videos that were created and performed by Exotic over the past years, originally released on YouTube.

While this seemed like a comical aspect to add into the documentary, Exotic seemed to be quite vain and proud of his musical background.

For example, a small scene included Exotic singing along to one of his country songs while driving his truck, with a tiger cub sitting beside him.

While there were no actors hired for this documentary series, the variety of interviews completed provided enough of an explanation for the behaviors of the three exotic zoo owners.

Several interviews were completed among the zoo employees while the rest were of Exotic’s ex-husband, Baskin’s current husband and a few of Antle’s so-called “wives.”

Exotic was displayed as the leader when it comes to the triangle of money hungry owners of these exotic animal zoos.

Exotic was displayed as the leader from his verbal and physical behavior that he would show his online audience as he would make threats towards Baskin.

Despite the appalling truth that quickly rises to the surface between these three zoo owners, the documentary is currently being displayed as a huge hit on social media.

However, several audience viewers are questioning the documentary series becoming a huge hit during this virus outbreak.

For example, Rotten Tomatoes reported the critics’ consensus to be “a bizarre true crime story you have to see to believe,“Tiger King” is a messy and captivating portrait of obsession gone terribly wrong.”

However, there were other critics that rated this series as a four out of five instead.

A critic named Christopher Lloyd from The Film Yap gave the series a rating of four out of five.

“A menagerie of human grotesqueries,” said Lloyd. “Like a car crash you just can’t look away from. Part reality show, part true crime investigation, all batpoop-crazy.”

Exotic is currently serving 22 years in prison as of April 2019 and is nothing but thrilled about the documentary being released.

Baskin and Antle even spoke out in regards to the documentary, stating that the director’s editing put them in a bad light and portrayed them as horrible people.

This documentary has caused a lot of people to become much more aware of animal cruelty and understand that there are more tigers captive in the United States than in the wild.

There may always be clashing opinions when it comes to exotic animal captivity but maybe it is time to consider keeping wild animals in their natural habitat, compared to using them as our attractions.