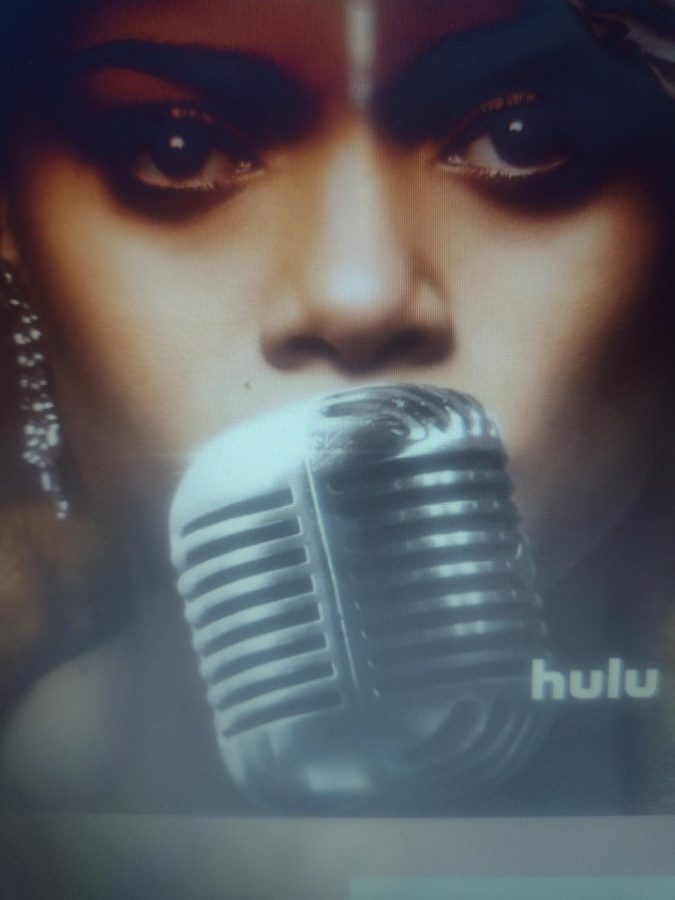 The film cover of "The United States vs Billie Holiday". The film is now streaming on Hulu.

The biographical-drama film “The United States vs. Billie Holiday” was released on Hulu on Feb. 26, tells the story of Billie Holiday and the many operations the United States government had to stop her from singing her song “Strange Fruit.”
Released on Hulu and directed by Oscar-nominated director, Lee Daniels, “The United States vs Billie Holiday” stars singer and actress Andra Day (“Marshall”) as Billie Holiday and actor Trevante Rhodes (“Moonlight”) as Jimmy Fletcher.
Day won her first Golden Globe award for best actress in a motion picture drama for her role as Billie Holiday.
Day’s performance in the film was captivating as she showed the struggles of drug addiction to domestic abuse, which Billie Holiday had faced. From having a raspy voice to appearing tired and lost in the complex world that is the music industry, while being hunted down by the government for narcotics, Day portrayed Holiday in a way that made you feel her sadness, betrayal and moments of joy throughout the movie.
Day was not the only outstanding performance as Rhodes showed character growth throughout the film.
Rhodes’ portrayal of Jimmy Fletcher, is an FBI agent assigned to take down Holiday and stop her from performing “Strange Fruit.” From the beginning to the end, you saw the growth of his character as he realizes his work to take Holiday down was against his moral values and tries to help Holiday overcome her problems and protect her from the FBI.
The famous song in the film “Strange Fruit” was sung by Holiday to discuss the horrible lynching that Black people faced. The United States government was against this as it was showing people how these cruel acts need to be stopped. The lyrics were described to incite a riot.
The film perfectly illustrates the difficult battle Holiday faced of having an opioid addiction as many times she tried to overcome the addiction, but ultimately would start again. Day’s performance reflected the up-and-down battle addicts face as this felt uncut and real.
The film had beautiful scenes of Holiday singing on stage as you saw her raw emotions through her songs. While many scenes were graphic, this all showed the many hardships Holiday faced.
Yet, some scenes throughout the film were hard to grasp as they were quickly edited and cut, especially when new characters were introduced. At times, it was difficult to identify what was going on in the film as the pacing didn’t allow for comprehension.
As the film was set in the 1940s, the fashion, the mannerisms and the location sets were accurate and beautifully done. From the many dresses Holiday performs in, to the way the scenes were shot, this film truly depicted the ‘40s perfectly.
Those who do not know Billie Holiday’s story would enjoy this film and learn the uphill battle she faced as the U.S. government was silencing her from singing about the lynchings that were happening. The government themselves turned a blind eye to those heinous acts against Black people.