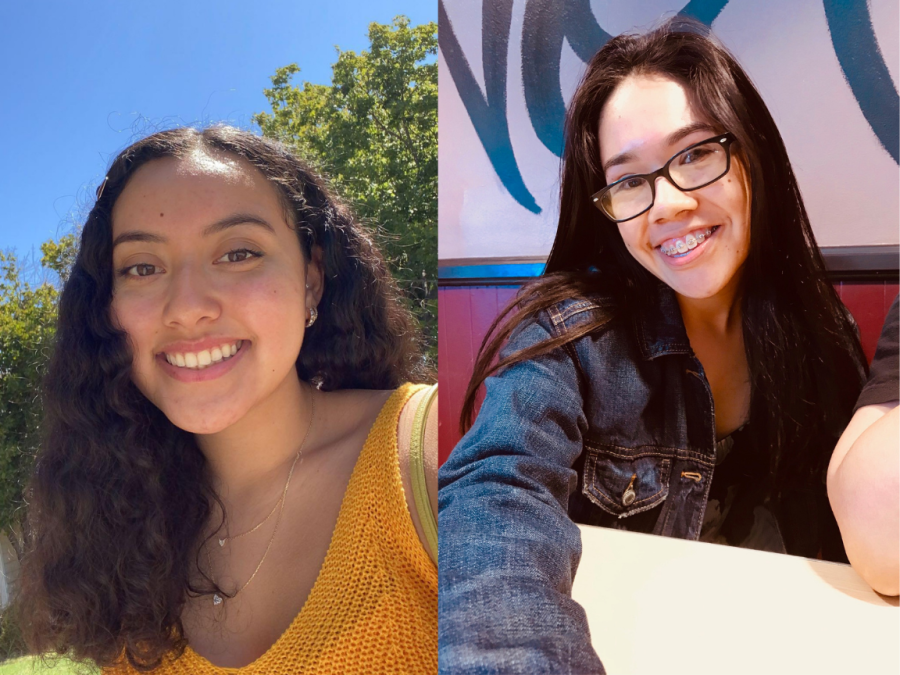 Canva Photo made by Asyah Zamani

The results for the 2021-2022 student election at CRC were released on April 30, and the winner for Student Senator was Sarai Argueta and for clubs and event board Namira Hasan won Director of Finances and Ariana Sandoval won Secretary.
Sarai Argueta, a 19-year-old business major, explained how she received a CRC newsletter asking students if they would like to run for a position in the student senate. She further discussed why she chose to run for Student Senator.
“The reason that I ran for a student senate specifically was because not only was about the responsibilities, I was going to be able to put in 100% of my own effort by being a voice for our school and advocating for issues and educating the other students,” Argueta said.
Students have not been on campus for over a year because of the pandemic and this has caused many students to be less involved with the school. Argueta illustrated her plans out of how she would like to engage more with students and have them be more involved with our campus.
“I’ve actually been inspired by one of my teachers that I took a semester back and she basically encouraged us to start using different forms of social media to try and communicate with our group members,” Argueta said. “That kind of inspired me to go ahead and start using more platforms like Instagram, as you can organize your stories by the topics you want so I think that would be really nice to be like, oh, here are some new laws being passed or here’s some more information you want to know about any academic or activities.”
President of the Student Senate, Zain Ali, also further explained how student turnout this semester has been very low because of the pandemic and that many students feel burnout.
“Yes, the biggest issue to deal with has been involvement from students, which have been very low, because there has also been kind of a, I don’t want to say stress but more of like a burnout that is coming from classes,” Ali said. “That also is kind of spreading into extracurricular so we saw a huge decrease in extracurriculars, so there has been quite a lot of lack of involvement but it’s also very understandable so we just have to approach it more logistically, which we have been trying to do.”
Ariana Sandoval, an 18-year-old general science major, explained how she hopes to bring qualities that she learned from her time as secretary in high school to being secretary for clubs and event boards at CRC during the fall semester.
“I did a lot of volunteering for our community and fundraising for school and there were really simple fundraisers that people could do,” Sandoval said. “We did a canned food drive and we helped with the Salvation Army during Christmas and that was like my favorite thing to do with them, so I would like to carry this on to other things I think that would be great.”
As this is her first year at CRC, Sandoval believes she brings positive attributions that can benefit the campus.
“I work well with others, so I’m always interested in what other people have to say, and I always listen for their advice and always try to help others where needed,” Sandoval said. “You can say I bring a fresh pair of eyes, because I’ve never actually been on campus, or fully experienced CRC.”
As spring semester comes to an end and the fall semester is on the horizon, Argueta has some goals she and her fellow student senate members hope to accomplish.
“I hope to bring closer the gap between students and the issues at our schools and I think that one of the most important issues is for us to not only bring an understanding to them,” Argueta said. “Also, I want to make sure that I’m doing the best that I can to make sure that on their end, the students at our school are educated and they understand what’s also going on, so I want to reduce the gap between those who are unacknowledged and then those who are acknowledged.”