MI CASA and Pride Center Discuss the Use of Pronouns 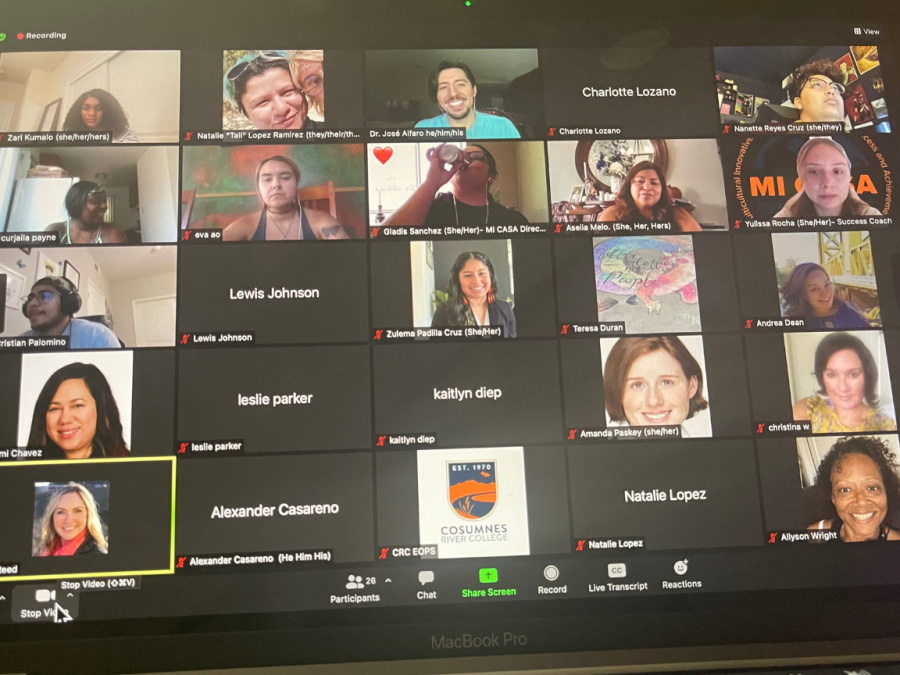 MI CASA is a new organization on CRC campus. On Thursday, MI CASA held an event with discussions about the use of pronouns and how to use them correctly.

The Multicultural Innovative Community for Academic Success and Achievement Center and Cosumnes River College’s Pride Center joined together on Thursday for a presentation on the use of pronouns.
MI CASA is a new organization targeting Latinx students, but is a safe space for all students. Director Gladis Sanchez partnered with Pride Center Coordinatorand English Professor Jose Alfaro.
Sanchez said MI CASA is an inclusive, supportive and welcoming environment for everyone in the Los Rios community.
“It was like a no-brainer, we were just like hey! Let’s do a collaboration,” Sanchez said.
Alfaro said the goal of this joint effort is to highlight groups that are most marginalized and do some consciousness raising within the community.
“We also educate our own communities about who they are marginalizing within their community, which is tough work,” said Alfaro, who facilitated the use of pronouns event. “Not everybody wants to do it, but we both wanted to do it.” .
Andrea Appleton, a general science major, said she doesn’t know how to use the they/them pronouns when referring to an individual, but she understands that language changes.
“I don’t want to say something and then stupidly hurt someone’s feelings and make them feel disrespected,” Appleton said. “I literally don’t know how to put it into the structure of
English.”
Alfaro said he quotes gender non-conforming performing artist, Alok-Vaid Menon about “human beings making mistakes and showing grace to each other.”
“When you identify a moment that feels uncomfortable, that is an opportunity for you to really practice, and an opportunity to look at yourself to [figure out] what’s the problem,” Alfaro said. “There’s something that your own body is communicating to you in that moment.”
He also said he uses “they/them” pronouns to refer to a lot of his female colleagues as an act to stand in solidarity with them because they’re the most discriminated against.
“It’s difficult at first, but just be patient with yourself, you’ll find your way,” Alfaro said.
Natalie Lopez Ramirez, a Clerk II at Sacramento City College, said she wanted to give the perspective of someone who is non-binary, meaning their gender identity doesn’t fall under male or female.
“The best way to help non-binary folks feel as if they’re being respected is to give yourself the ability to learn,” Ramirez said. “Give yourself the ability to learn because everyone comes from a different background.”
Ramirez also said in the group discussion, “I know that if you’re here, you’re trying to learn something and that’s because it comes from a place of wanting to be inclusive, wanting to be open and to make your students feel like they have a place there.”
Alfaro said he’s thankful for being able to facilitate this event with MI CASA.
“When it seems like there isn’t space, I’m thankful for this kind of collaboration that creates space, where it seems like there isn’t any,” Alfaro said.