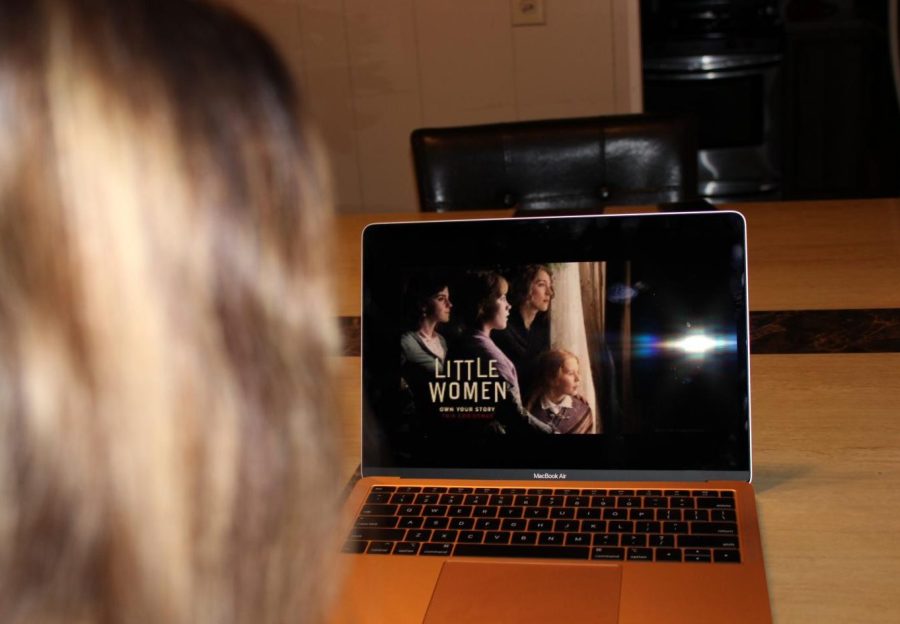 The remake of the classic film "Little Women" came out in Dec. 2019. Saoirse Ronan and Timothee Chamalet played the lead roles in the film which was directed by Greta Gerwig.

The remake of the film Little Women was released into theatres on December 25, 2019 and has received raving reviews since the premiere.

The 2019 adaptation of Little Women was written and directed by Greta Gerwig, whom was born and raised in Sacramento, Calif.

Gerwig started out as a first-time solo writer and director in 2017 when she became an Oscar nominee for her film, Lady Bird, which was filmed in Sacramento, Calif.

For Little Women, Gerwig directed and filmed the production within 11 towns and cities within Massachusetts, a significant location for the original story.

Much like Lady Bird and Little Women, two of the actors that Gerwig decided to cast were Saoirse Ronan and Timothee Chalamet as her lead roles.

Gerwig’s 2019 adaptation takes on the classic plot line from the original novel written by American author, Louisa May Alcott in 1868/1869.

“Greta Gerwig’s take on Louisa May Alcott’s novel is intelligent and fleet, refreshing if not radical, and as organic in its feminist convictions as it is in its depiction of close-knit sororal love,” according to Philippa Snow from The New Republic.

Gerwig’s version of Little Women weaves in and out of a seven year period, both during and after the Civil War.

The film immediately jumps into the years after the Civil War, where the protagonist, Josephine ‘Jo’ March (Saoirse Ronan, Lady Bird and The Lovely Bones) is shown as an aspiring writer living in New York.

Her sister, Amy March, (Florence Pugh, Midsommar and Lady Macbeth) who is shown to be an aspiring painter in Paris, France with her Aunt March (Meryl Streep, The Devil Wears Prada and The Post).

Amy soon bumps into Theodore ‘Laurie’ Laurence, (Timothee Chalamet, Call Me by Your Name and Lady Bird) a mutual childhood friend and neighbor of the family.

The oldest sister, Meg March, (Emma Watson, Harry Potter and Beauty and the Beast) is shown to be living in a small home, stressing over financial issues while she is embracing her two young children.

While the youngest sister, Beth March (Eliza Scanlen, Sharp Objects and Babyteeth) is known to have a critical developing illness, which brings Jo and Meg home to be with her and their mother, Marmee March (Laura Dern, Jurassic Park and Big Little Lies).

As the film continues to weave in and out from past to present, themes such as poverty, sacrifice, family, marriage, ambition, love and femininity seemed to be very distinct.

Streep provided an excellent performance as Aunt March, a character that is someone who believes the March sisters need to marry someone whom is rich and comes from wealth.

Streep as Aunt March continues to try and force the girls, mainly Jo and Amy, to focus on the ethics of being a woman, in regards to maintaining their beauty, in order to marry rich.

However, during a later scene in the film, Pugh as Amy and Chalamet as Laurie are having a conversation on the topic of love and marriage.

Pugh provides an incredible performance as Amy when she says, “I’m just a woman. And as a woman, I have no way to make money, not enough to earn a living and support my family. Even if I had my own money, which I don’t, it would belong to my husband the minute we were married. And if we had children, they would be his, not mine. They would be his property, so don’t sit there and tell me that marriage isn’t an economic proposition, because it is. It may not be for you, but it most certainly is for me.”

During another later scene in the film, Ronan as Jo is struggling after an unfortunate event and is incredibly frustrated to the point that she is wanting to give up writing forever.

Gerwig’s adaptation of the classic Little Women plot line portrays a powerful message when it comes to the importance of love, family, ambition and sacrifice.

Since the release of the film in December 2019, there have been at least 15 award nominations for the production.

“About 20 minutes in, the characters cease to be characters; they are now flesh and blood, our sisters. We feel their happiness and despond, their cold feet and warm hearts, their slights and loves. It’s a masterful, passionate, all-in kind of adaptation,” according to Paul Byrnes from the Sydney Morning Herald.