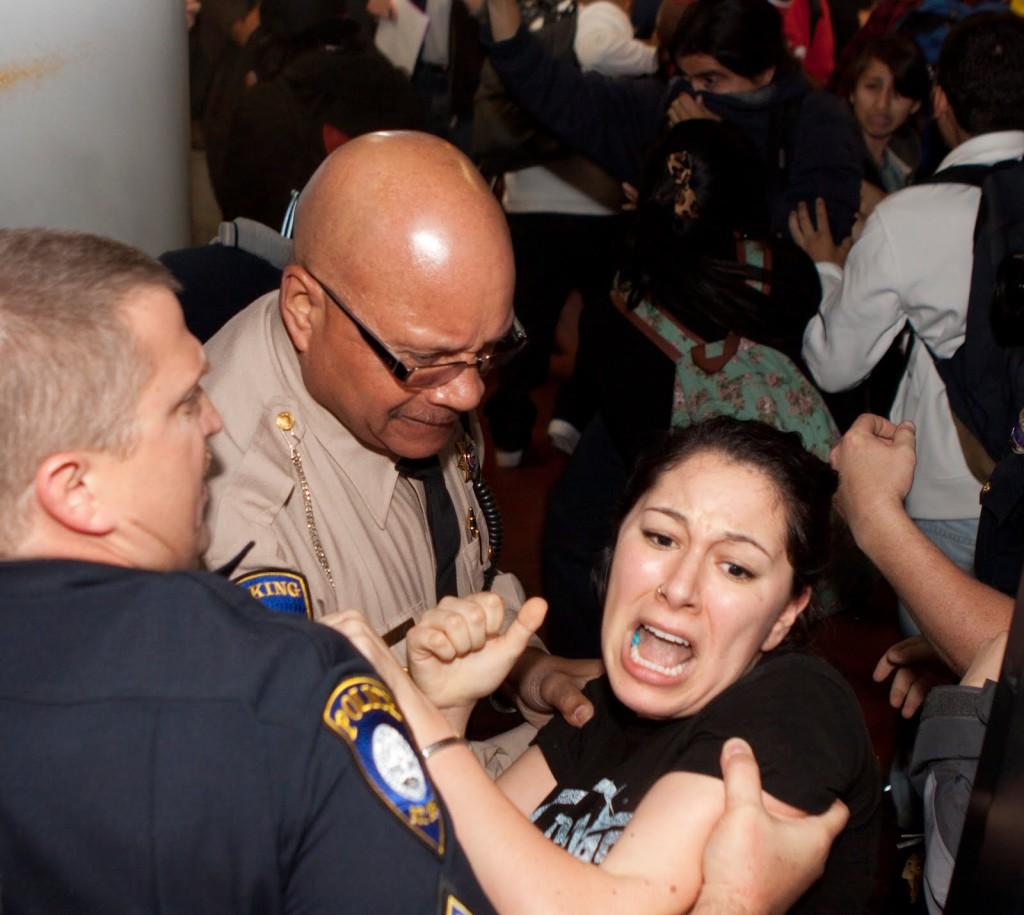 As the recent problems concerning tuition increases and budget cuts continue to grow in community colleges, Santa Monica College decided to meet the situation by proposing a two-tier tuition plan that would charge more for required graduation classes and give priority enrollment spots to students who are willing to pay more.

Originally planned to begin in the summer, the plan was conceived in order to start offering selected courses to students for a higher price. Instead of paying $46 a unit, SMC students were looking at prices as high as $180 a unit for core classes such as English, math and science.

Students held a protest at a SMC’s Board of Trustees meeting on April 3, in which campus police pepper sprayed protesters and several people suffered from minor injuries as a result. The Board of Trustees voted to postpone the two-tier plan on April 6 after receiving conflicting responses from students and California Community College Chancellor Jack Scott.

“No one likes to see something like this happen, and I expressed that it might be wise to put this matter on hold,” Scott said in an interview, where he voiced his concern about the student protest and questioned the legality of the two-tier plan.

Los Rios Chancellor Brice Harris has made visits to Los Rios campuses in order to discuss the current budget situation and its effects on students and staff, according to CRC Public Information Officer Kristie West. Harris was asked about his views about Santa Monica College’s two-tier plan when meeting with CRC students, faculty and staff on April 10.

“We think it is probably illegal and certainly immoral to charge more for classes so that students who have resources can then get them,” Harris said.

However, despite high ranking officials making public statements about their misgivings towards the two-tier plan, some students are growing uneasy themselves about the current state of the community college system.

“I’m a little worried because I already have the burden of saving for a four-year university,” said 26-year-old mathematics major Eric Young. “That’s why I decided to go to a community college in the first place, to save money. Except now I think I’m going to have to work more in order to afford both schools.”

If the situation were to occur at other community colleges there are students who would be willing to follow the plans of two-tier tuition. Kristina Madeira, a 21-year-old biology major, supported the plan and said she would pay more for classes without hesitation.

“I’m willing to pay whatever amount in order to complete my education,” Madeira said. “True, the amount I would be paying is kind of steep for community college, but sadly education’s becoming expensive.”

While some might agree with Madeira’s views others believe it would create a rift between students.

Young also brings up the matter of students who aren’t eligible for financial aid.

“Some of my friends don’t qualify for financial aid so this would cause a whole new problem if tuition gets too pricey,” Young said. “So not only would they be unable to pay for school, they’re looking at the possibility of quitting.”