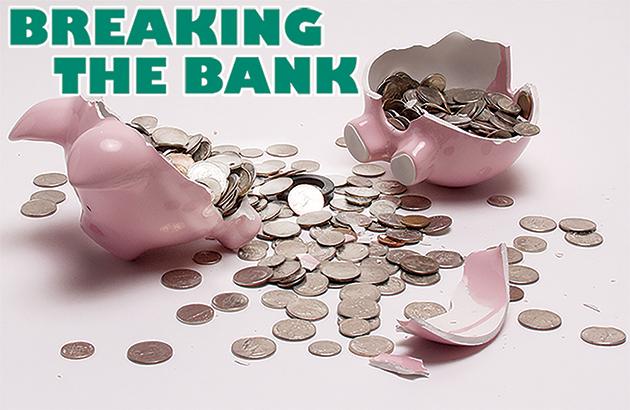 Spending four years, or more, to pursue a degree while racking up debt is nothing surprising when it comes to seeking a college education, but the longer lasting consequences of such a simple choice just might be.

As of May 2013, the Consumer Financial Protection Bureau estimated that the national student loan debt hit the mark of $1.2 trillion in outstanding debt, a 45 percent increase from 2010 when the debt was approximately $826 billion.

A major portion of debt comes from just taking out a loan, as a student must pay it back one day, but going into default on loans is a growing concern for many students. At Cosumnes River College, the reality of defaulting is not seemingly as dire as nationwide.

To default on a loan means that a student has not begun repaying their loans after nine months after they leave school, Beckhorn said.

Nationwide, there were almost 40 million student loan borrowers with the average balance of their loan totaling $25,000 at the end of 2012, according to the Federal Reserve. The number of students borrowing privately or federally at CRC is a drop in the bucket compared to the nation.

Even on the default level, CRC is not hurting as much as the nation, with an estimated 7 million or more in default according to the CFPB, but it is still a concern as the number of loan users continues to grow.

While 18-year-old music major Andres Chavez hasn’t dipped into the well of financial aid, he still has thoughts about the whole financial aid industry.

“I don’t think it’s a fantastic idea,” Chavez said. “But for some people who have the security to eventually pay it off I’m sure it’s a good idea for some, but not all.”

Chavez sees a possible cause for the rise in student loan debts. Sharp budget cuts across the board and the rising cost of tuition.

“I definitely think the cost of college is not helping at all,” Chavez said. “People who aren’t responsible enough to handle paying back a loan, it’s only hurting them more when the cost goes up.”

CRC, and the entire Los Rios Community College District, are no strangers to the rising cost of education. What once seemed like the cheap way to start on a path of higher education is no longer really that cheap alternative.

“I think it’s just going to keep rising, there’s more people seeking higher education,” said Jonah Buenaflor, 26, a health care administration major. “The more people there are the more they can raise tuition. Maybe administrations can take a pay cut, something like that. I mean they’re getting raises, but students are experiencing higher tuition costs and all that stuff, but they get paid more, so I don’t see where the logic is in that.”

With an estimated student population of around 19,000, according to statistics from the Federal Student Aid office, CRC’s amount of students using loans is relatively low but the reality of the situation is the campus currently has a 19 percent default rate.

This is low compared to a campus like American River College that has a default rate of 27.5 percent and a bit higher than Sacramento City College’s 16.1 percent, both according to the NCES. All three campuses are higher than the 7.2 percent default rate of California State University of Sacramento, though their populations do pale in comparison of the large campus.

These figures are all from 2009, leaving it unknown how much higher the rate could be for any of these schools currently.

“The ones that are in school aren’t defaulting. It takes nine months after you’re out of school before you would actually default,” Beckhorn said. “So any students who took out loans last year they couldn’t be in default yet.”

While those students are not in default, they are part of the growing generation that is now part of the second largest form of consumer debt behind home mortgages, according to the CFPB.

Over the summer, Congress missed the deadline to pass a law to keep the current interest rate of 3.4 percent on student loans. Instead, they came together and passed a new bill that will alter interest rates to be variable each year, meaning that students taking out loans for 2013-2014 will be under a new interest rate of 6.8 percent, which will go up for those that take out loans next fall.

The sharp increase in student debts has led to schools having to alter the way they handle financial aid, loans especially, and the services they offer to help students as they take on this financial burden.

Counseling students on the interest rates, financial responsibility, repayment plans and all the other concerns of taking out a loan is just one step that the school takes to help students possibly lessen the future financial burden upon themselves.

“If the student has what is high debt volume then they go through a debt management process as well,” Beckhorn said. “So they understand the implications of what they’re borrowing.”