Putting the sex in education 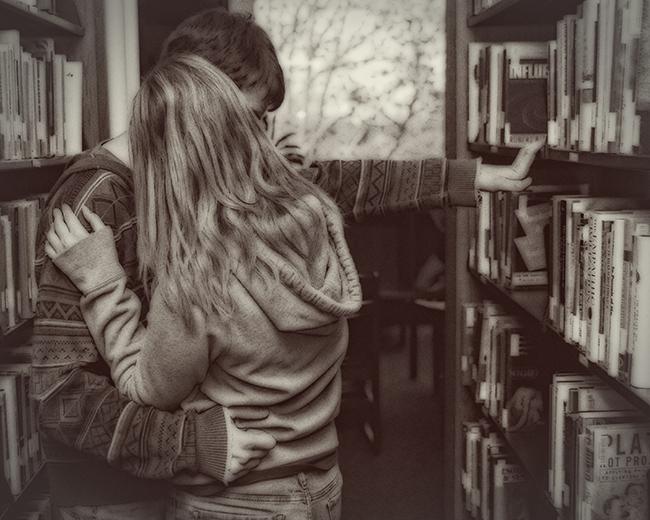 Cosumnes River College prides itself on trying to provide students the best overall education among California’s community colleges. Students are receiving their education, realizing their career aspirations and having sex?

Psychology Professor James Frazee teaches a human sexuality class on campus and in the past year has encountered two events where students were engaged in sexual activity on campus and a total of three during his time teaching at CRC.

“It’s inappropriate for them to do that in public and they need to find a private place for it,” he said. “They need to respect everybody else around them and the natural social decorum that’s been set up.”

Frazee has found students engaging in sexual activity in the parking lot, in the parking structure and in the school’s library. He said his first response when encountering such an act is to confront the students.

College has a reputation that not only will you receive an academic education, but a carnal education as well, also known as “hooking up.”

“Between 60 to 80 percent of college students have experienced some kind of sexual ‘hook up,’ ” according to new research published in the Review of General Psychology.

So is it such a surprise CRC would fall under that category?

Students had differing views on engaging in sexual activity on campus.

“It should stop, because it’s inappropriate,” he said.

“It’s very immature and high school like,” Ogaz said. “Make the campus a comfortable atmosphere. Learn to gain self control and not act like a teenager with raging hormones.”

Cyrus Suarez, a 19-year-old undeclared major had alternative reasons as to why he wouldn’t engage in sexual activity on campus.

“I wouldn’t have any sex on campus because it’s unsanitary to do so. I’d rather have sex at home,” Suarez said.

“I support sex on campus. If given the opportunity, I would probably participate in it,” Acorda said.

Angelica Garcia, a 22-year-old music business major said that “it isn’t right, but students will continue to do it regardless.”

That sentiment has been carried across college campuses everywhere.

University of California Berkeley student, Nadia Cho wrote a sex column for her student paper in 2012 and an article titled, “Sex on Tuesday” detailed information about how she took her lust across campus as well as tips and hot spots.

“Having sex on campus is actually very doable, and it’s lots of fun. It’s also surprisingly easy,” she wrote.

She continued her article by writing where her sexual acts took place, advice on how not to get caught and that the possibility of getting caught is what makes public sex thrilling.

“It was like a game,” she wrote. “Having to frantically put our clothes back on and immediately pretending to be interested in the data collections of the European Union while panting and giggling hysterically.”

Cho encourages sex on campus as much as a mother encourages her child on the soccer field.

Cho ended her article writing, “Don’t be scared. Make the screw session worth getting caught, and remember that you are definitely not the first person to have had sex on campus, nor will you be the last.”

Cho’s article created controversy, debate and judgment, but she ignored all comments.

A lot of the negative feedback comes from whether sex on campus is a problem or not.

“Sex on CRC’s campus is rare and I think smoking on our campus is a bigger health issue,” he said. “I don’t think that it’s something we really need to focus a lot of time and energy on stopping. There are other bigger threats to public health on campus.”