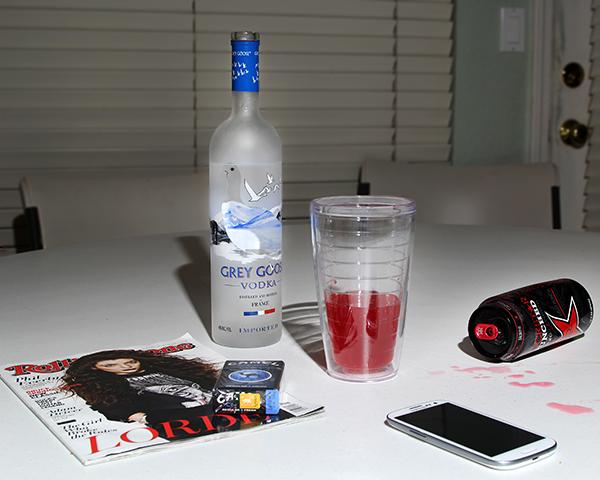 Mixing popular energy drinks like Red Bull with alcohol like vodka combines the negatives effects on the body that both liquids cause.

Monster, Rockstar and RedBull are well known energy drinks and have become a common staple in the lives of many college students.

However, these beverages have now turned from being an aid to boost energy to becoming a widely popular chaser for alcoholic drinks.

College students who consume energy drinks tend to drink more alcohol and having both in the same day may lead to more negative consequences, according to a new University Life Study at Pennsylvania State University.

Mixing alcohol and energy drinks is a serious public health concern. The U.S. Food and Drug Administration banned the sale of pre-mixed alcoholic energy drinks such as Four Loco in December 2010, but it’s easy for college students to just mix their own, researchers noted.

“What I’d like to say is, you only have one vessel, one body. What you do to it now, it’ll all come back in the end,” said Cosumnes River College’s head nurse Michelle Barkley.

Steve Clarke, director of the Virginia Tech College Alcohol Abuse Prevention Center said in an online Health Issues article, “Even though the energy drinks have stimulants in it, the alcohol is still going to have similar effects on you. You may feel more alert, but actually the alcohol is having the same effect on you . So you might perceive that you are less impaired when in actuality you are not less impaired.”

Barkley said students should be concerned about the negative effects that can happen over time if an individual continues to consume both energy drinks and alcohol. Negative effects include dehydration, cardiac related problems, heart rhythm problems, liver and kidney problems, physiological and mental health issues. The list is endless, Barkley said.

Many of the students interviewed said they wouldn’t try mixing alcohol and energy drinks themselves.

“I’ve seen my friends chase their alcohol with energy drinks but I wouldn’t,” said Doug Anderson, a 20-year-old business management major. “They’re both not good for you in the first place. Alcohol makes you sleep and energy drinks pump you up, so combining the two is essentially bad for your health.”

Another student agreed with Anderson’s sentiment.

“I’ve got no issues with it. I wouldn’t do it myself though, I like straight drinks,”  said Michael Duran, a 21-year-old physics major.

Even though mixing alcohol and energy drinks are a major health issue, Duran sees a bigger picture.

“I don’t think stopping or banning the issue is a good idea. What good would it do? There are bigger fish when it comes to health,” Duran said.

Barkley highly encouraged students not to mix their drinks together.

“I won’t take the drink from their hand. In the end, they’re going to do what they want,” Barkley said. “My philosophy is that you can lead a horse to water, but you can’t make them drink. It’s the person’s choice, my job is to educate.”

Students need to be careful when consuming the two substances together, there are more negative consequences than there are positive ones and it does make a difference in your body and in your brain.

“I know as a young adult, there’s this sense of feeling invincible like whatever bad is happening, it won’t happen to them,” Barkley said. “I hope they make a wise choice.”