As drought continues, the importance of conservation becomes clearer 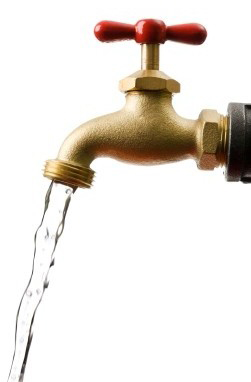 It’s no secret that California is experiencing one of the worst droughts in recent years.

Even with the rainfall this year, reservoirs levels are far below average and snowpacks are still thin, and 2013 was in fact the driest year on record, according to the California Department of Water Resources.

Water must be delivered from those areas with heavy rainfall to supply the southernmost regions of California and provide water for cities and farms, Sharkey said.

Farming and agriculture have suffered some of the worst effects of the drought, Sharkey said. With water reserves drying up or falling well below normal levels in reservoirs, farmers may not be able to sufficiently water either crops or animals, Sharkey said.

“I think the drought is a little over exaggerated for the people in the cities, but I think it’s better for people up here than down south,” said Bryan Lindsley, 21, a biochemistry major. “We don’t really see the effects of not having enough water…we don’t necessarily know how bad it is for the farmers and how much water we still have in reserves.”

Sacramento has also begun to install smart meters, Sharkey said, which may aid government restrictions on water conservation. Smart meters, typically used to measure use of electricity, would allow monitoring and billing for water consumption.

“I think that if we don’t know how much water we’re using, we have no incentive to conserve,” Sharkey said. “By putting a price on water, it gives a strong incentive.”

Yet citizens may not always be aware of regulation or conservation strategies enacted by their city. Students interviewed at CRC did not always know about restrictions or tips meant to save water or minimize waste.

“They [the government] should announce those more frequently on TV and on radios,” said Brittany Bolling, 21, a liberal studies major. “The more people become aware, I think, the more they will take action.”

Public awareness is certainly one strategy that could increase water conservation and knowledge of restrictions and regulation.

Environmentally minded citizens can also take action of their own accord to reduce their water usage, as several students at Cosumnes River College said.

“We take shorter showers now, and we try to save as much water as we can when we’re washing dishes,” said Kamilla Acuna, an 18-year-old art major. “We don’t use our dishwasher, and we don’t water our grass as much.”

Lindsley had similar ways to reduce one’s use of water.

“Honestly, the most water-saving thing that I think myself and somebody else can do is do your laundry more efficiently and take shorter showers,” Lindsley said.

Landscaping irrigation is one of the biggest uses of water, Sharkey said. Minimizing sprinkler usage and replacing landscaping with drought-resistant native species is one of the most significant ways to reduce water usage.

The Elk Grove township has also employed a watering day schedule based on house numbers, and is offering free landscape irrigation reviews that will provide recommendations for saving water, according to the Elk Grove Water District website.

Whether these measures will prove effective remains to be seen. The drought is ongoing, and government regulation can only do so much.

“I think people themselves have to step up,” Sharkey said. “I’d like to see more people take personal responsibility and realize that water is a precious resource and we need to be mindful of how we use it.”