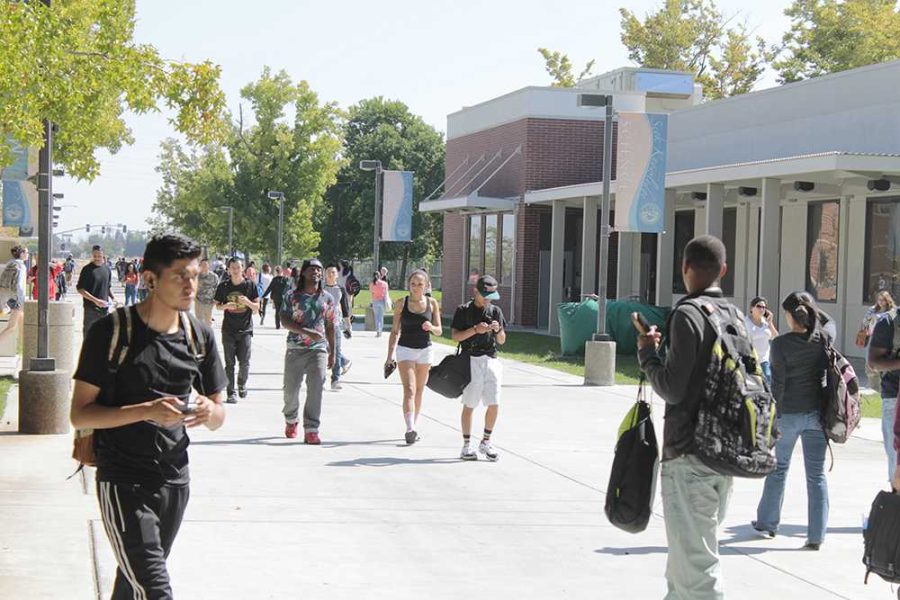 Students coming and going from the Bruceville side of campus, displaying CRC's diverse student body.

When walking around the campus, there are many obvious things that one will notice, from the old brick buildings to the many trees and patches of green grass, but the important thing to notice is the diverse student body.

How diverse the campus is in regards to students ethnic and racial background quickly becomes apparent by spending any time on the school grounds.

“The first day I came here, honestly it was one of the first things I noticed,” said Porscha Hill, a 21-year-old psychology major. “There were so many ethnicities and races, which personally I like.”

Cosumnes River College was recently ranked the ninth most diverse 2-year public college in the country, according to The Chronicle of Higher Education Almanac for the 2014-15 year.

The campus is educating 14,807 students this semester, which is a 4.15 percent increase from last fall’s 14,217 students, according to the most recent Los Rios census.

To put into perspective how diverse CRC truly is, Sacramento City College has 23,704 students this semester, and they ranked number 14 on the list.

Hill said she thinks that having such a diverse campus enriches student’s academic lives.

“I think it adds to everything because every culture and every person is different and when you have a large diverse group, you learn from everybody,” Hill said. “So the more diversity that you have, the more I think that you’re going to learn.”

“You get exposed to a lot of different cultures and stuff, and so it gives you some insight on them,” Cole said.

“If you walk around campus, you will notice banners that say ‘Diversity is our Strength.’ The college believes that and is proud of the work we do to support our diverse student population,” said Communication and Public Information Officer Kristie West in an email interview.

Cole said there is a place on campus where he personally notices the most diversity.

“Sometimes when I go to the lunchroom, I usually play cards and there is all the ethnicities: whites, blacks, asians, hispanics, [and] we are all just there playing cards,” Cole said.

No matter where one may roam on campus one thing is clear, they will be surrounded by CRC’s rich cultural and ethnic diversity.