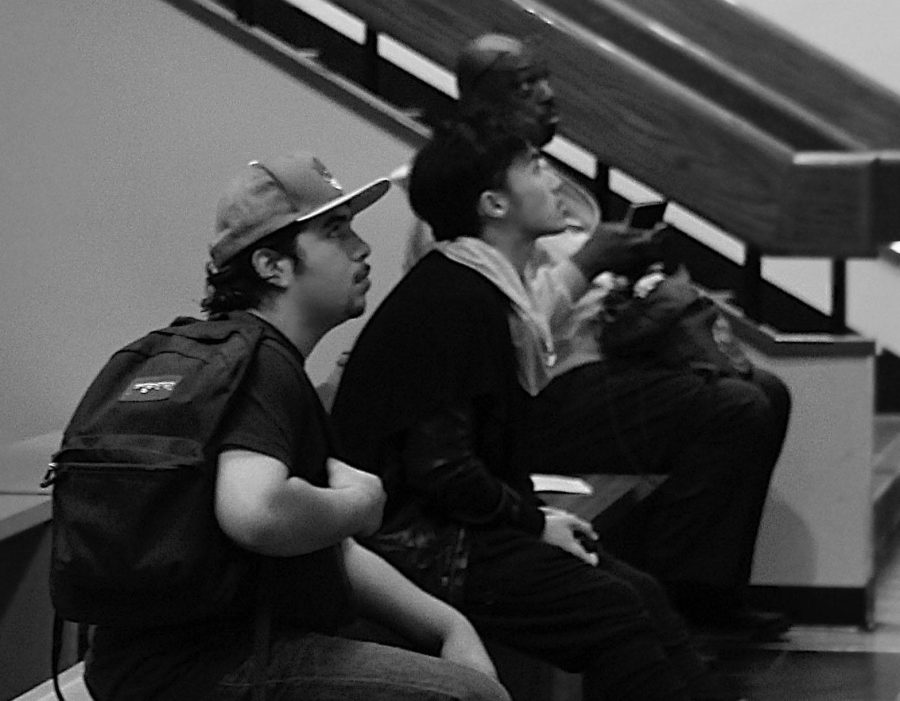 Students waiting to be helped by the financial aid staff.

Soon, students will be able to pay for college with a new program for financial aid that will measure how well a student is doing in their studies compared to the current standard of how long they have been in school.

This new way to distribute financial aid money would be based on the competency of the student rather than their time in school and would allow students to “move at their own pace,” according to an article from National Public Radio. The program would “allow institutions to get student aid funding by creating programs that directly measure learning, not time.”

According to the same article, this kind of financial aid funding is called direct assessment or competency based education.

Lord Ronnin, a 19-year-old business major, said he believes that it will help students who are serious about getting a higher education.

“I think it’s a good idea because people take advantage of the system,” Ronnin said. “People who get a lot of financial aid will take a lot of classes and drop a month later once they have the money.”

Competency-based education programs give students the ability to learn, “skills at their own pace” and “competency-based learning systems help to save both time and money,” according to the U.S Department of Education.

“I think it will save money, people just sitting around won’t get any money,” Will Harris a 25- year-old economics major said. “I know of people that take a class and then just take the money.”

This program will help students because then they will be able to account for information that they previously learned from different colleges, according to NPR. The article said the program is meant to target the “working student,” and help give focus to those who are balancing life, work and education.

While Ronnin said he thought the competency based program would be good for students, 41-year-old child development major Tina Bruner said she disagrees.

Bruner said that she believes the program may be discriminatory against students who have disabilities and that financial aid should remain the same.

“I dont like it at all, what does that have to do with financial aid. Some people are not going for the money but it helps,” Bruner said.

“There are tens of millions of adults in their early 20s through late middle age who need to complete their first degree, earn a second or simply update their skills,” according to NPR.

“People that need it won’t stress about work and focus more on class,” Ronnin said.

There is skepticism among students and some believe that this new competency-based program may not even help students graduate sooner or faster.

“It all depends on the student, if they are determined they will graduate on time,” Bruner said.

Even though some students may think that this new program is not helpful to students, the program was made to help school work around the adult schedule.

“This is an opportunity to fit education around their life rather than ask them to fit their life around a standard academic calendar,” according to NPR.