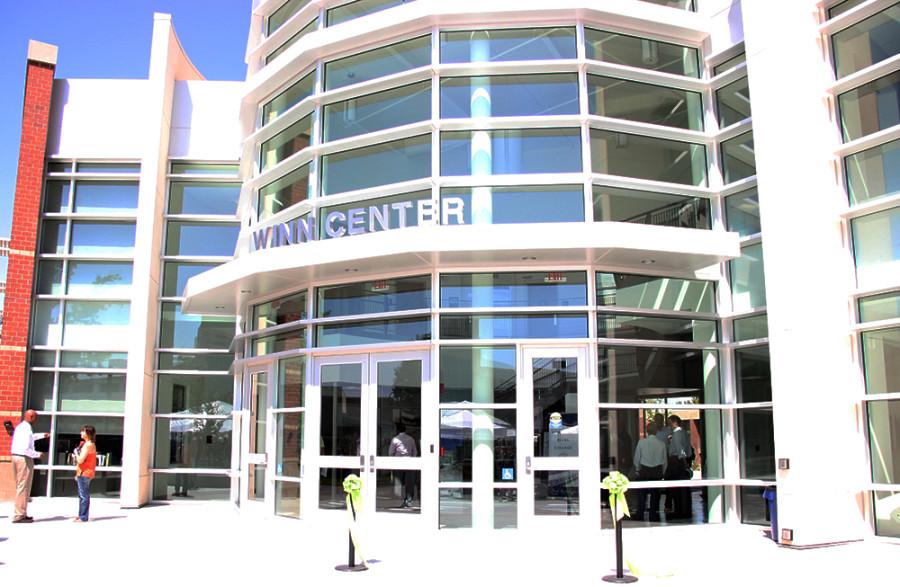 Over the years, Cosumnes River College has won countless awards, the most recent being the Winn Center for Construction and Architecture receiving a Leadership in Energy and Environmental Design Platinum certification.

The center, which opened in fall 2013, won the national award from the Green Building Certification Institute for being energy-efficient and sustainable, according to a press release.

On Dec. 3, a Platinum Celebration was held in the Winn Center Community Room from 1:30 p.m. to 3 p.m. to commemorate the accomplishment.

Although the building is new, the values of being environmentally friendly are an old tradition at CRC, said architecture Professor John Ellis via a telephone interview..

“We’ve been teaching that since the early ‘70s, that sustainability is an important attribute,” Ellis said.

Ellis who, along with some of his students, came up with the vision of the building and the proposal for it, said that being green is “embedded in our curriculum.”

Costing $16.6 million to build and furnish, a goal of creating the building was to win a LEED Platinum certification from the beginning.

Photography Professor Jim West, who teaches in the center and was involved in the 10-year process of bringing it to life, shared how he feels about being in it now.

“It feels pretty amazing to be in a facility that goes along with my personal feelings in terms of being an environmental person,” West said.

West said that one thing he loved about the center is how it is now a symbol of the school.

“There has really never been an icon for CRC,” West said. “With this building when you walk onto CRC, it’s an iconic structure.”

It is not just the outside of the center that is innovative, there are many features inside as well that are eye catching.

Drinking fountains in the building have filling stations for water bottles, there are walls of windows letting in natural light, skylights, a lounge and concrete floors just to name a few.

The building also has solar panels on the roof to help power it.

“I remember back in 2001 when we were here at the groundbreaking and we could  just feel that this building was going to be special,” said one of the building’s donors Mike Winn.

Even though it has been open for more than a year, the technology and true potential of the center are still being adjusted to and discovered, West said.

Ellis said that the concept of having a green building on campus was to build community between students, faculty and the local community.

He also used the building as a teaching tool.

“The biggest thing was helping get my students involved,” Ellis said.

Architecture student Megan Lester spoke at the event and recalled a day in class where Ellis stopped the lecture to take his class on a field trip. The trip ending up being him taking the class outside to study the building.

“This is more than just a building that houses students and classrooms and what you are seeing here today is the next generation of teaching,” said Dave Younger who spoke on behalf of the design build team at the event.

Brian Sehnert represented the Green Building Certification Institute at the event and spoke about the group’s mission.

“The mission is to support the design and development of enviornmentally responsable buildings based on climate and geographical locations,” Sehnert said.

He went on to describe the three levels of certification a building can have silver, gold and platinum, platinum being the most prestigious.

“When you’re looking at projects in northern California, there is only two other community colleges who have platinum projects,” Younger said. “We’re lightyears ahead of most other colleges throughout the state.”

The center, named after the Winn family for their $1 million donation, was a big project for the campus and could not have gotten done without a group effort West said.