Students competed in math competition to exercise their skills 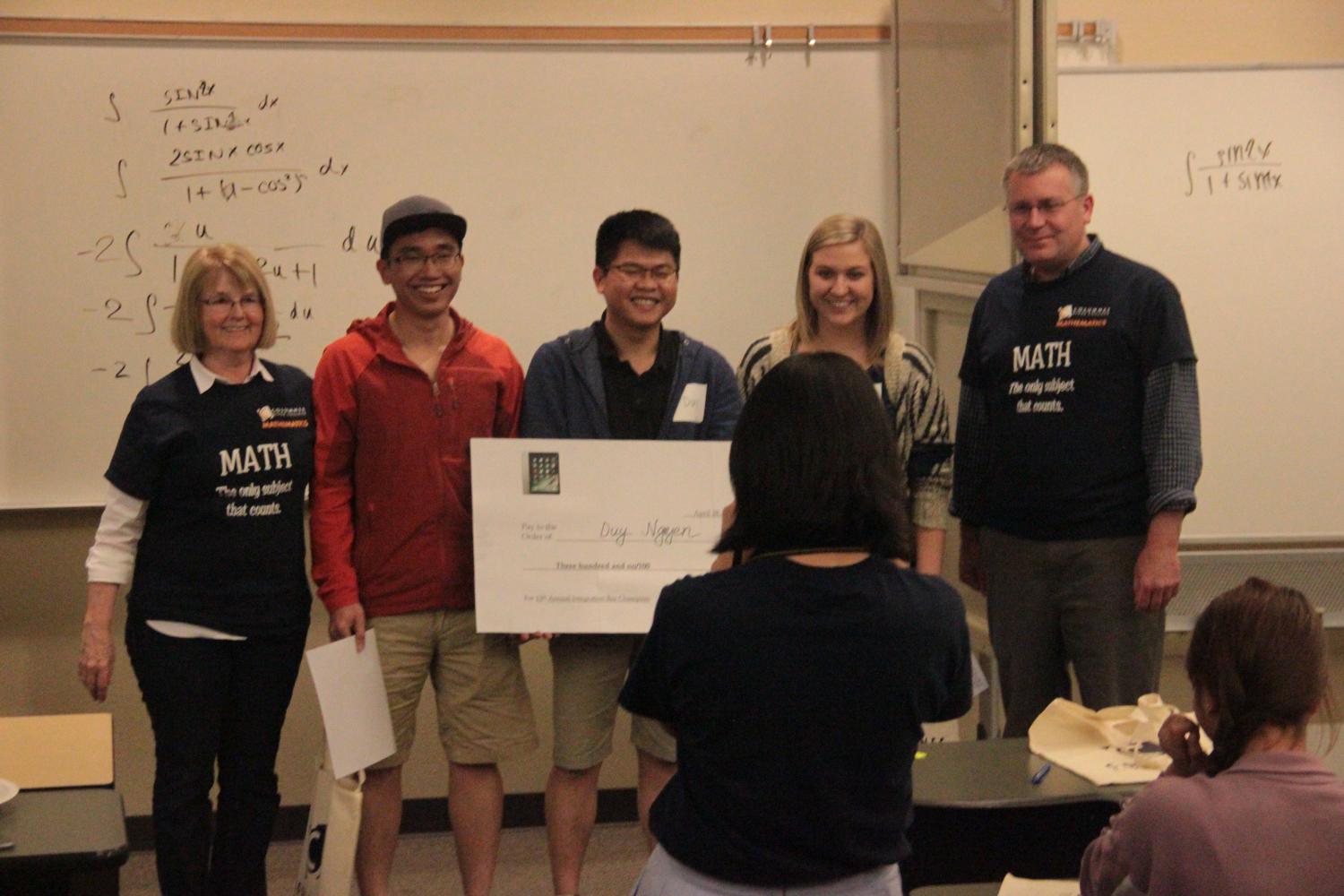 Duy Phuc Nguyen won the math competition and was awarded $300 and an iPad.

“These are our best math, science and engineering students,” Muranaka said. “It’s just an opportunity for them to have fun, show folks what they can do and really share their own excitement about math.”

Integration is a mathematical concept that becomes prevalent in calculus and above. All the competition in the bee was designed to test the competitors’ understanding of these concepts.

“The integral is actually this thing that we call an antiderivative,” Muranaka said. “A derivative is an operation that we apply to a function to create a new function, and the integral is the reverse of that process.”

Muranaka said that competitors had to apply different techniques that they’ve learned concerning integrals in order to solve the problems.

The event consisted of multiple paper rounds, where participants were given sheets of paper, an integral and one minute in which to solve it. After the paper round, 10 students moved on to become finalists.

In between rounds, raffle drawings and prizes were given out, many due to the donations of sponsors, like Farmers Insurance, the Cosumnes River College Foundation and the Los Rios College Federation of Teachers, among others. Students who had also won events during CRC’s Math Awareness week, like “problem of the day” and a Rubik’s Cube competition, were recognized and received prizes as well.

The atmosphere was one of fun and enjoyment. The room where the bee was held – LRC 105 – was full, with only standing room available. In between rounds of competition, professors from the mathematics department told math jokes, played math-themed music videos and did whatever they could to keep the fun going. They played “Eye of the Tiger” as the finalists entered the room to begin their round.

Lauren Johnston, a 20-year-old biology major, placed second overall in the competition. She said that she entered the competition because of her love for math.

Johnston said that she felt she could compete because of “practicing a lot and just being good at math.”

Each of the finalists had to solve the integrals at the front of the room on whiteboards. They were allowed to miss one problem each. On their second miss, they would be eliminated from the competition.

The last round came down to three students. After the round, all three students were incorrect, but one of the three had not gotten any wrong, while the other two had already earned one strike previously.

The winner, 28-year-old mechanical engineering major Duy Phuc Nguyen, was the returning champion, making this his second consecutive win of the bee. Nguyen also won the grand prize: $300 and a new iPad.

Nguyen said that he joined the competition because of how much he enjoyed the opportunity to do math.

“When I heard about the integration bee, I just wanted to join to test my skills,” Nguyen said.

The bee is one of the biggest things that the math department gets to do each year, Muranaka said. He said it is like the department’s end-of-the-year party.

“It taps that little bit of competitive spirit that everyone has to try to compete doing something they’re good at,” Muranaka said. “It’s like any other thing, right? If you’re pretty good at something, and you have the opportunity to compete at it, there’s potentially human nature to want to do that.”