CRC responds to DACA with Unity in Our Community 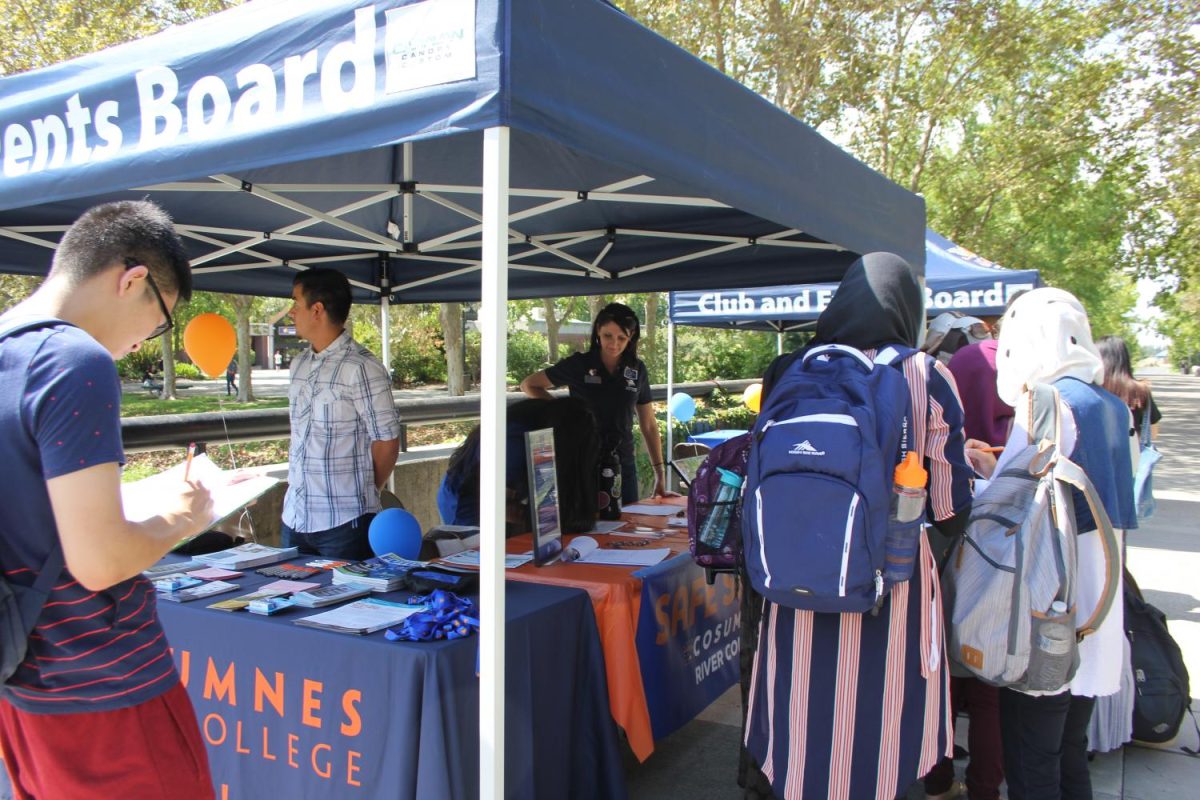 Safe Spaces allies provide resources to students during Unity in Our Community on Sept. 12.

In response to recent changes made to the Deferred Action for Childhood Arrivals program, the Student Life and Leadership Department held a Unity in Our Community event on Sept. 12 to provide resources and promote unity among students.

DACA was an Obama era immigration policy that allowed applicants, those who entered the country illegally as minors, to receive deferred action from deportation

Cosumnes River College President Edward Bush spoke at the event and addressed the students, urging them against being idle in regards to DACA and students’ rights and instead, to come together in support of each other as a community.

“What you cannot do is just sit by and not do anything because you believe that this decision is not affecting you,” said Bush. “What happens to one population is going to happen to another population that’s going to show up at your doorstep because it’s affecting your home.”

Interim Student Body President Freddy Mande said that the purpose of the event was to cultivate a sense of community, support and unity among students during a time of widespread confusion and discomfort with the changes made to DACA.

“Differences make humanity like a rainbow,” said Mande. “We see the beauty of the rainbow because of the different colors.”

The Safe Spaces program facilitated a booth at the event, where Safe Spaces allies provided students with resources and giving more information about their program.

“We want to be an inclusive campus and celebrate diversity,” said Rhodes. “When students feel safe, they are more secure and can better further their education.”

CRC Student Ambassadors also participated in Unity in Our Community by directing students to resources provided at the event and by distributing micro-affirmations, or stickers with positive sayings on them.

The idea behind providing these affirmation stickers and cards to students on campus was to cultivate conversations between students about what the stickers and their sayings meant to them, according to the event agenda overview.

Student Ambassador Alejandra Trejo said that their efforts were focused on building unity in the community and to support one another.

One specific micro-affirmation sticker that stuck out to Trejo was the “supportive” sticker.

“Supportive is a big one for me, whether that be in education or in other areas,” said Trejo. “You find those people who you feel comfortable with, that supportive family on campus is really important.”