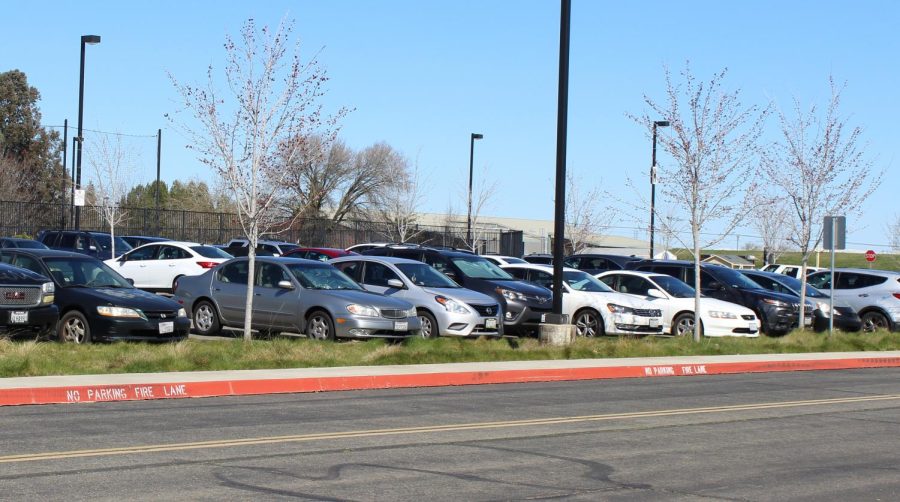 If Assembly Bill 302 is passed, homeless community college students would be permitted to park in safe lots.

The main goal of the bill is to provide temporary housing until a permanent solution to provide food and housing is implemented, according to a press release by District 24 assemblymember Marc Berman.

Housing takes up to 43 percent of a student’s budget, according to an article published in January by The Sacramento Bee.

History Professor Alexander Peshkoff said that homelessness is a concern on campus.

“We have a huge parking space,” Peshkoff said. “Why can’t we make some of those space designated for homeless students who lives in their cars?”

Peshkoff said that the Hawk Spot food pantry serves 380 students a month and that at least 22 of them were homeless.

Nineteen percent of California community college students are homeless, according to a report published on March 7 by the Hope Center for College, Community and Justice.

Malisha Blakes is a peer mentor and head of a project called “Home for Hawks,” which helps homeless students reach their academic goals. She said she has a few concerns about the “wording” of the bill itself which says that students need to be “in good standing with the community college.”

“Homeless students have to have paid their fees and have a certain GPA,” Blakes said. “However, if a student has food and housing insecurities, what are the chances of that student being in good standing?”

Blakes said that this clause in the bill is “a little unrealistic” for students who are currently in the poverty line.

Brianna Baeta, an 18-year-old visual communication major, agrees that this bill is reasonable.

“Nobody wanders around the campus at night time,” said Baeta. “Why can’t you sleep in your car?”

Peshkoff and Blakes said they both believe homelessness among students is a much deeper problem than having a place to sleep.

“It’s a temporary fix,” Peshkoff said. “We as a community college also have to act politically and put pressure on those people in political positions in order to have a more profound change.”