Campus community speaks out on the coronavirus outbreak 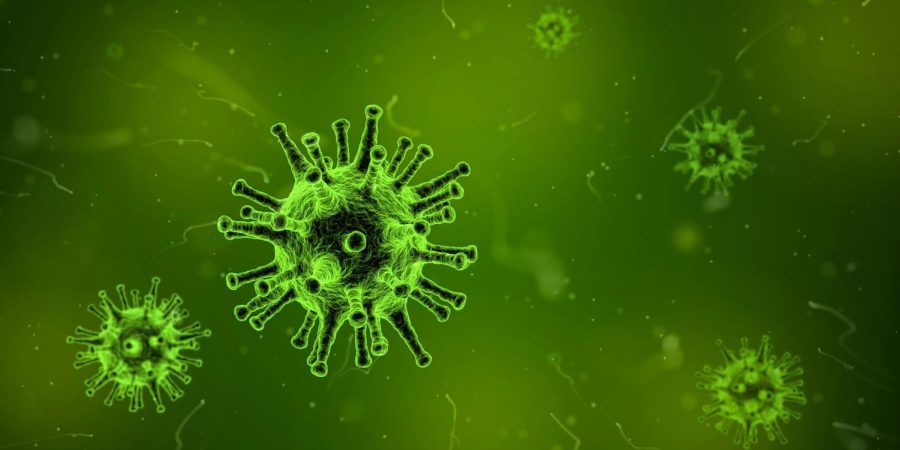 The virus known as Coronavirus, COVID-19, 2019-nCov and 2019 Novel Coronavirus is a respiratory illness. It is being encouraged to stay healthy by washing hands frequently, avoid touching eyes, nose or face and to stay home from school or work if you are sick.

Talk of coronavirus is all over. Some students are scared or worried, while others are not so concerned. Here’s what some of you are saying.

“I am worried, mostly because I have a lot of young kids in my house,” said Branden Reno, an 18-year-old acting major. “I am scared to have it and bring it home and then they get sick. I would feel like that’s on me.”

“I am kind of concerned, because obviously it’s not a good thing,” said Makayla Tibbett, an 18-year-old photography major. Tibbet also noted she isn’t too concerned because she nor anyone she knows has been affected yet.

Claudia Pena, a 40-year-old accounting major, said she is worried because she has a family and the virus seems to be getting closer to home and appears to be spreading faster than expected.

“It doesn’t seem like they have a lot of solutions for it, so I’m just concerned with what the end result could be,” Pena said.

Many students received the Los Rios push alerts during the last week about current students who are quarantining themselves because they may have come in close proximity to someone who was a confirmed case of the virus.

“For one of them, I was in class,” Reno said. “I just looked around at everyone, we all kind of got it at the same time, and they were just like, shoot.”

Azariah Clausell, a 19-year-old digital arts major, said when she got the alert she was shocked. “I didn’t take it very seriously when the virus first started.”

Students say, however, they are satisfied with how the district and campus have kept everyone in the know.

“I’m glad the school is trying to keep everyone informed about the situation,” said Brandon Tran, a 25-year-old computer science major. “I’m not worried for myself personally, as I’m still a young man, but I would be worried about getting others sick.”

Katie Nguyen, a 20-year-old food science major said she also appreciates what the campus has done so far. “I like how they have informed students on what to do, I like seeing the notices around campus about washing hands and other hygiene suggestions.”

Since Cosumnes River College is not a part of the Elk Grove Unified School District, some students were confused and surprised with the announcement of the EGUSD being shut down this week, yet the Los Rios district has continued in-person classes.

“I think Los Rios is put in a tough place, because not all of the public health information is consistent, I’ve seen push back from a lot of people about the closure of Elk Grove schools,” said Miranda Bowman, 23, a psychology major.

Heather Hutcheson, an English professor at CRC, said she thinks Los Rios is doing a good job at remaining calm but is a little worried about a potential online-only transition.

“Online transition will be hard on some of my colleagues, because not all of us use canvas,” Hutcheson said. “There’s a lot more email, a lot more communication and not all of the faculty members have the technology that they need.”

With regard to the information being shared about coronavirus, Hutcheson noted that most of the problem is hearing different messages from public officials. “Most of the challenges we face are mixed messages from other government levels.”