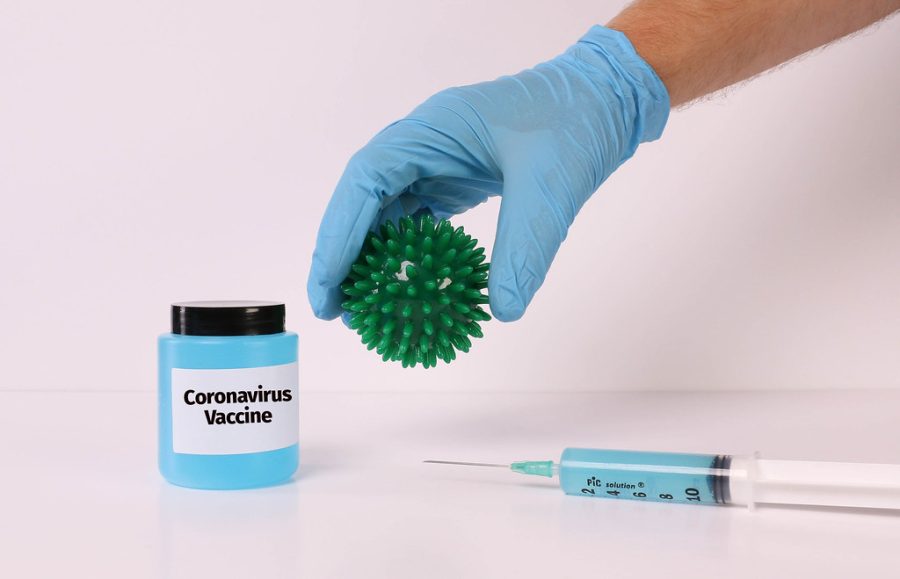 An informative session held on Wednesday discussed the effectiveness of the COVID-19 vaccine. Advice on how to take and follow-up with the vaccine is also explained.

Cosumnes River College hosted an information session to help inform and answer the questions of students about the COVID-19 vaccine on Wednesday.
The session was hosted by Nurse Pamela Whipple of American River College and featured Dr. Joseph Iser as the main speaker. Iser is currently the Los Rios Community College District medical consultant and formerly acted as a director and health officer for two California counties and two Nevada health districts.
“Our goal today is to help you proceed with your vaccine decisions with some clarity and some confidence,” said Whipple.
Following introductions, Iser gave a short presentation with data on COVID-19 and its variants, as well as information on the vaccines.
“There are going to be, we think, five vaccines,” said Iser. “The more safe and effective vaccines that are available, the quicker we will be able to move past this pandemic.”
The first of these to be approved is the Moderna and Pfizer vaccines. These two have an effectiveness of 95% and 94.5% respectively, Iser said.
In addition to this, there are three other vaccines either applying for or getting ready to apply for emergency use authorization, said Iser. These are the Novavax, the Johnson & Johnson and Oxford/AstraZeneca vaccines, said Iser.
“With any of these new vaccines, no one has died or been hospitalized after vaccination,” said Iser.
Iser said four of the five vaccines require two shots over a varying period of time.
“You should do at least the minimal amount of time in between,” said Iser. “The efficacy tends not to go down dramatically, after that timeframe, but if you take this shot, the second shot at 14 days the efficacy will not be close to 95%.”
Following this, Iser went over the variants of the virus that have developed. These included B.1.1.7 in the United Kingdom, B.1.351 in South Africa and P.1 in Brazil.
“All of these we think are more infective, meaning they are more easily transmitted,” said Iser. “This is why many people, including me, predict a rise in the number of cases, as these variants are becoming much more available in the United States.”
The presentation was followed by a question-and-answer segment hosted by Whipple. One of the questions included why someone would choose one of the less effective vaccines, such as Johnson & Johnson’s 66% over Moderna or Pfizer 94.5% and 95%, respectively.
“The Johnson & Johnson vaccine, in particular, was tested after the variants appeared in South Africa and Brazil,” said Iser. “Since those variants are less likely to be protected from than the other ones, that may be why it is less effective, while the other two were tested before those variants developed.”
Iser reiterated that none of the people who have taken the vaccines awaiting approval have been hospitalized or died as a result of taking them.
After this, Whipple would take the lead and provide information to those in attendance about how to find out their eligibility for the vaccine. This included going over the different tiers of eligibility and resources to keep up to date on it.
“If you are not able to get your vaccine at this time, you may consider helping someone else who is eligible,” said Whipple. “I volunteer at the Cal Expo vaccination site, and I do have many people coming through who have helped people in their family who are eligible but couldn’t quite negotiate the registration.”
Dr. Dee Gilliam, the LRCCD director of student health and wellness, recommended that those wishing to volunteer should sign up through the Sacramento Medical Reserve Corps, saying they need support staff in addition to vaccination staff.
For those interested in seeing the entire information session, it is available online here.