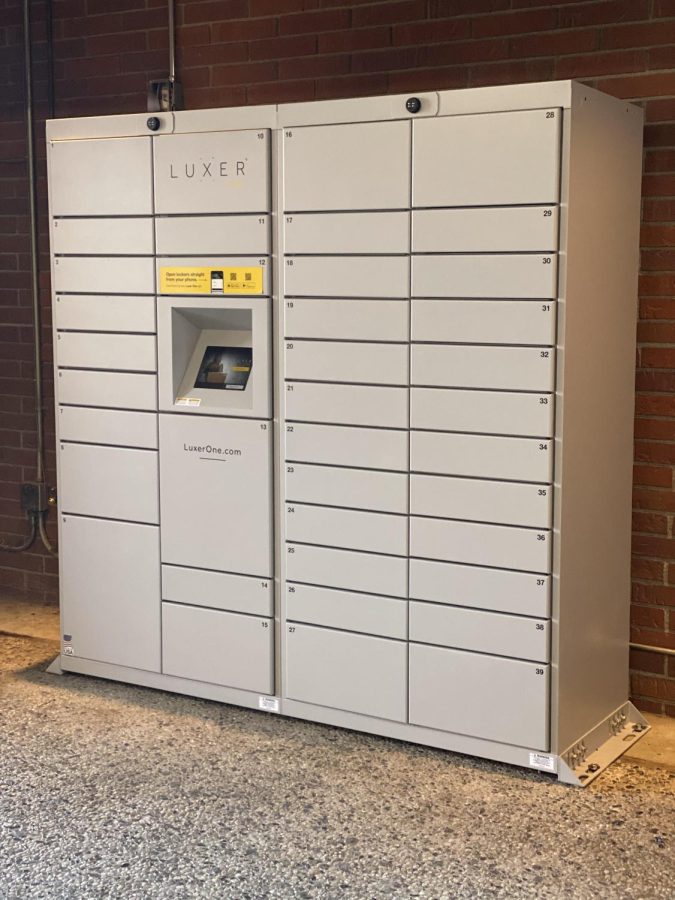 Courtesy of Luxer One

Checking out books and obtaining textbooks at Cosumnes River College can now be accessed through special lockers where students can pick up items without coming into contact with anyone.
The library has implemented these lockers in partnership with Luxer One, which has been in the locker delivery business for 15 years, according to the Luxer One website.
“The lockers allow us to do a contact-free delivery of materials from the library’s collection because we’re not able to access the physical library right now,” said Librarian Melaine Huyck-Aufdermaur. “For students, textbook access is one of the number one problems for students, and textbooks can be really expensive so we’re trying to provide as much access to any and all library resources that we can.”
These lockers work through a communication system between the lockers and the library system so when a student is in the library catalog and they request an item, the locker creates an account for the student within its system, said Librarian Andi Adkins-Pogue.
“A library employee then comes in and they pull a list of all of those requests that have been made, pull the items to check them out to the students, load up the locker and once they’ve loaded up the locker and close the door, the system automatically sends a notification to the student letting them know that their item they requested is now ready to be picked up,” Adkins-Pogue said.
Through email, students will receive a code that they will need to enter on the touchscreen at the lockers that are located in the Business and Social Science building, near the south entrance. Once you enter this code, a door from the lockers will pop open automatically and you can take your item, Huyck-Aufdermaur said.
This system has been live for a couple of weeks now and has been working smoothly, as there have been several requests made by students and the pick-ups have been successful, Adkins-Pogue said.
This new system brings many benefits like extended hours to pick up library items, as well as no face-to-face contact, said Adkins-Pogue.
“We’ve always struggled with how to support distance education and night students because the library is only open until eight o’clock at night and we’re not open on Sundays, and limited hours on Saturday, so once we are back on campus, we’ll be able to extend the hours in the evening or the lockers will be available and on the weekends,” Adkins-Pogue said.
This will allow students who couldn’t get to the library during regular business hours to access their requested items through the lockers which is beneficial to students and library staff, Adkins-Pogue said.
Library employees had reached out to management at the end of the spring 2020 semester to put something in place to have library textbooks be accessible for students so these lockers solved this issue while keeping both staff and students safe, which was CRC’s main concern, said Adkins-Pogue.
This is just one of the many resources that the library has to offer right now, as they have a 24-hour chat service regarding questions about research, databases for research, access to talking to a librarian and many more, Adkins-Pogue said.
“So we are here to support students, and I think oftentimes students feel vulnerable asking for help but that’s what we’re here for,” Adkins-Pogue said. “We want to help in any way that we can.”
Currently, the lockers are available from 7:30 a.m.-6 p.m. and are not accessible on weekends, Adkins-Pogue said.
For more information and library resources, visit here.