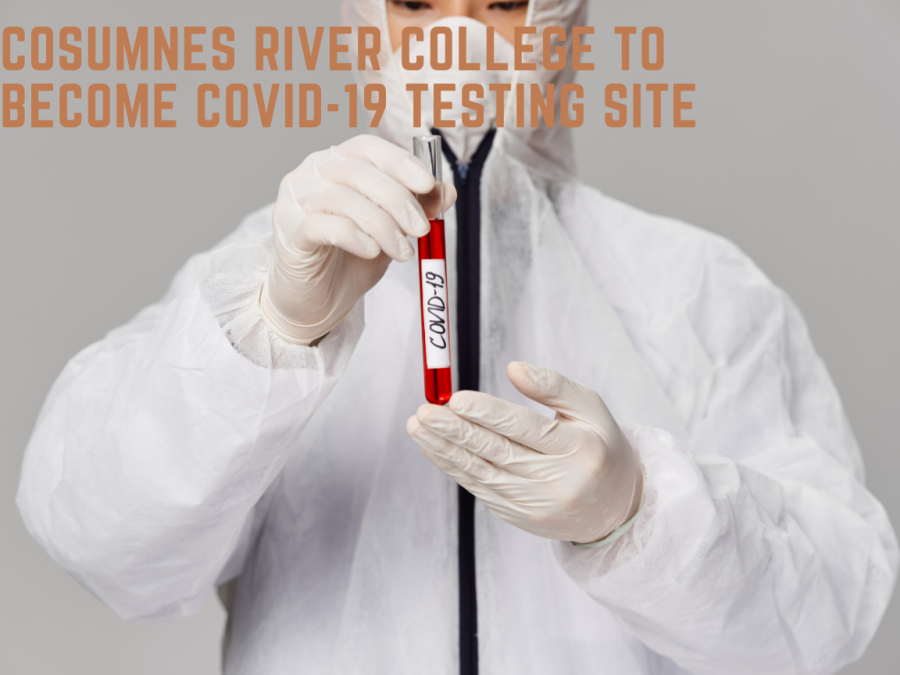 StemExpress has teamed with Los Rios to provide testing for students and staff. Testing began on March 21.

The Los Rios Community College District campuses have been chosen as COVID-19 drive-thru testing sites through a deal between LRCCD and biomedical provider company StemExpress, with testing beginning on March 21.
Students and staff of Cosumnes River College who receive a recommendation from the school Health Department will be able to get tested for free. The testing sites will also be open to people from outside of CRC and Los Rios as well.
“If a student has a positive exposure, and if there’s a possible exposure at home, it’s a place for their family to get tested as well,” said Leah Lawrence, a StemExpress B2C marketing manager. “I would like to reiterate that COVID is still alive and well, and even if people’s temperaments towards it have gone down, there is still a risk of exposure.”
Lawrence said the agreement originated from the Los Rios Athletics Department reaching out to StemExpress to get testing for student-athletes. She said the idea then evolved into providing testing for regular students and faculty.
“We were always planning on coming back,” said CRC Athletics Director Collin Pregliasco. “The big question was whether we were coming back to compete or just practice.”
Pregliasco said CRC is following the Institutions for Higher Education, or IHE, guidelines for returning to in-person practice. He said the guidelines include many of the same rules in the NCAA guidelines but are stricter overall.
These guidelines include regularly scheduled testing for each team, alongside a baseline test when they first return, Pregliasco said. The teams can’t currently do indoor practice, but the Athletics Department has provided equipment so teams can continue to train, he said.
As a result of this testing being available, CRC has been able to opt into the later spring season, Pregliasco said. Being able to do this has been a great morale booster for the athletes, even those teams who opted out in the early spring season, he said.
“I will say this with our athletes,” Pregliasco said. “The fact that they are still connected did their online practice and kept their grades up during remote operations shows just how dedicated they are.”
Pregliasco also expressed gratitude to the district, CRC, and the staff of the Athletics department for all their work over the last year to support the student-athletes.
Students looking to get tested can go to parking lot B for drive-up testing. For those without a recommendation, testing will cost $129 for 24 to 72-hour testing or $295 for 24 hour STAT testing.