Worldwide equality for all 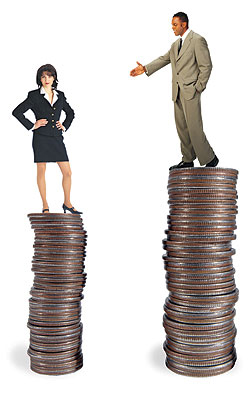 In different parts of the world, women are still fighting for equal rights with men. When it comes to the internet, even the net shows that we still live in a sexist world.

A powerful United Nations ad campaign uses Google searches to show that gender inequality still exists. Google has an auto-complete in the search bar so when a user tries to search for something, it automatically puts in potential search results.

In all of these ads, it shows a woman’s face with the search bar on her mouth and these results say things like “women should stay home,” “women cannot drive,” “women shouldn’t vote” and other misogynistic remarks that would make a feminist cringe.

One example in particular that goes with one of those search results has to do with women in Saudi Arabia who trying to gain the right to drive. Women are banned from driving in that country, enough that driving leads to detention, fines and even imprisonment.

Women have been trying to gain equality for years and the fight has not stopped. Though it isn’t as bad as when women couldn’t vote, didn’t often work and other things of a similar nature.

Sexism is still a common thing, and so is misogyny, the biggest offender here. Women are often objectified and looked at as inferior to males. It’s no secret that women will strive for equal rights, even though there are a lot of odds stacked against them. Women are still discriminated against in many places.

Despite women being more qualified educationally than men up to the age of 44, men are still paid on average 21 percent more than women, Dr. Rebecca Leach said in an article written for Keele University’s blog on Sociology and Criminology.

No matter how hard women try to gain similar rights, sexist ways of the world will not cease.

Though Hillary Clinton was unsuccessful in the 2008 presidential race, she is fighting again for the women in this country and helping to take a step in the right direction.

Women deserve equal rights, no matter hard it is to gain them, especially in this sexist society we live in. The least we can do is just see that they are able to prosper as much in this world as men do.