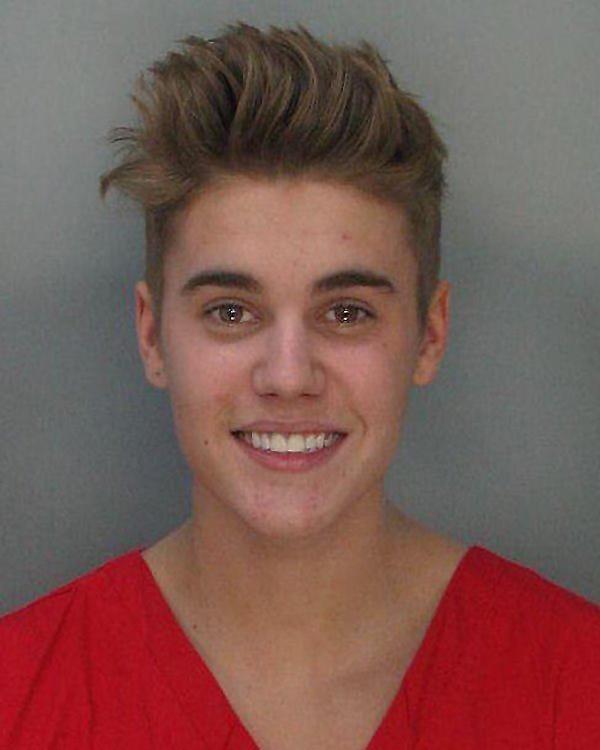 Justin Bieber's mug shot after being arrested for DUI.

It’s not simple being Justin Bieber. Getting arrested for driving under the influence, having a house searched for drugs and assaulting a limousine driver does not make a teenager a terrible person.

Recently the pop sensation has been involved in many legal quarrels. On Jan. 14, police raided Bieber’s house in Calabasas, Calif. connecting the drugs found in his mansion to him and close friend and rapper Lil Za.

Police arrested Bieber last month for driving under the influence and for an expired drivers license. A toxicology report confirmed that he had marijuana and anti-anxiety medicine in his system.

When Bieber went back to Canada this week, he was immediately arrested for lashing out at a limousine driver in Toronto in December of 2013.

Some may argue that Bieber’s behavior over the past few months has been very irresponsible. I completely agree. Responsible people don’t get arrested twice in two different countries in one week. He should be prosecuted for all the laws he has broken. Driving while drunk with multiple drugs in his body was a very dangerous and stupid decision on Bieber’s part. He not only is putting himself at risk, but threatening the environment around him.

Before pointing fingers, it’s important not to make any assumptions without considering the person’s life, and the environment he is coming from. Has Justin Bieber gotten out of control? Yes. But most teenage boys would mimic his actions if they were in his shoes.

Bieber had the most followers on Twitter for 4 years, and was responsible for three percent of traffic on the social network. He  has been surrounded with obsessive fans and money, he is doing what every teen would do if they had the money to do so. Average teenagers throw parties, try drugs and drink alcohol. What Bieber is doing is not out of the ordinary, he is not acting any different.

Despite Bieber’s legal issues, the celebrity is a very humble and down to earth human being. During Bieber’s recent visit to Guatemala City, he took off his own shoes and gave it to a boy in need.

He also goes on regular visits to hospitals with the Make a Wish Foundation and gives out toys to patients, recording devices are prohibited because he wants his moment with the patients to be special.

Clearly Bieber is not an abominable human being. I am not saying he is the most perfect role model out there. However, I do believe that people should cut him some slack. No one is perfect. Instead of always focusing on every horrendous act he has done, get inspired by him and visit a hospital to make someone’s day like he does.